Sean Wilentz discovered Bob Dylan’s music as a teenager growing up in Greenwich Village. Now, almost half a century later, he revisits Dylan’s work with the skills of an eminent American historian as well as the passion of a fan.

Beginning with Dylan’s explosion onto the scene in 1961, Wilentz follows the emerging artist as he develops a body of work unique in America’s cultural history. Using his unprecedented access to studio tapes, recording notes, and rare photographs, he places Dylan’s music in the context of its time and offers a stunning critical appreciation of Dylan both as a songwriter and performer. 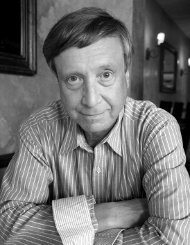 Sean Wilentz is George Henry Davis 1886 Professor of American History at Princeton University. He is the author of numerous books on American history and politics, including The Rise of American Democracy, which won the Bancroft Prize and was a finalist for the Pulitzer Prize, and The Politicians and the Egalitarians, chosen as Best History Book of the Year by Kirkus and the St. Louis Post-Dispatch. Wilentz’s writings on American music have earned him two Grammy nominations and two Deems-Taylor-ASCAP awards.