The Man with the Poison Gun:
A Cold War Spy Story

Harvard Book Store and Mass Humanities welcome prize-winning author SERHII PLOKHY, the Mykhailo Hrushevsky Professor of Ukrainian History at Harvard and the director of the university's Ukrainian Research Institute, for a discussion of his latest book, The Man with the Poison Gun: A Cold War Spy Story.

About The Man with the Poison Gun

In the fall of 1961, KGB assassin Bogdan Stashinsky defected to West Germany. After spilling his secrets to the CIA, Stashinsky was put on trial in what would be the most publicized assassination case of the entire Cold War. The publicity stirred up by the Stashinsky case forced the KGB to change its modus operandi abroad and helped end the career of Aleksandr Shelepin, one of the most ambitious and dangerous Soviet leaders. Stashinsky’s testimony, implicating the Kremlin rulers in political assassinations carried out abroad, shook the world of international politics. Stashinsky’s story would inspire films, plays, and books—including Ian Fleming’s last James Bond novel, The Man with the Golden Gun.

"A gripping portrait of an assassin and his journey from recruitment to mission to defection, The Man with the Poison Gun exhumes one of the Cold War’s stranger episodes—the KGB’s murder of Ukrainian émigrés with a spray gun that squirted poison. Author Serhii Plokhy tells an evocative and informative tale, based on original archival research, that immerses us in the tradecraft of Soviet spies operating in Western Europe." —Peter Finn, co-author of The Zhivago Affair: The Kremlin, the CIA, and the Battle Over a Forbidden Book

"Serhii Plokhy, one of the most brilliant historians of our era, has retraced the steps of a murderer and this gripping book is the result. The Man with the Poison Gun will appeal equally to students of history and lovers of spy thrillers." —Mary Elise Sarotte, author of The Collapse: The Accidental Opening of the Berlin Wall

"The Man with the Poison Gun is the classic old-school Cold War spy tale. It’s all here—the trench coats, the cigarette smoke, the high stakes, the special weapons—deeply documented and smoothly told by Professor Plokhy. In the literature on 20th-century espionage, this book belongs on the top shelf." —Mark Riebling, author of Church of Spies 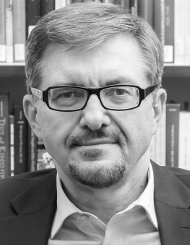 Serhii Plokhy is the Mykhailo Hrushevsky Professor of Ukrainian History and director of the Ukrainian Research Institute at Harvard University. Plokhy is an award-winning author of numerous books including The Gates of Europe and The Man with the Poison Gun. He lives in Arlington, Massachusetts.