The Panic Virus:
A True Story of Medicine, Science, and Fear

Harvard Book Store is pleased to welcome journalist SETH MNOOKIN as he discusses the controversy around childhood vaccines and his new book The Panic Virus: A True Story of Medicine, Science, and Fear.

In 1998 Andrew Wakefield, a British gastroenterologist with a history of self-promotion, published a paper with a shocking allegation: the measles-mumps-rubella vaccine might cause autism. The media seized hold of the story and, in the process, helped to launch one of the most devastating health scares ever. In the years to come Wakefield would be revealed as a profiteer in league with class-action lawyers, and he would eventually lose his medical license. Meanwhile one study after another failed to find any link between childhood vaccines and autism.

Yet the myth that vaccines somehow cause developmental disorders lives on. Despite the lack of corroborating evidence, it has been popularized by media personalities such as Oprah Winfrey and Jenny McCarthy and legitimized by journalists who claim that they are just being fair to "both sides" of an issue about which there is little debate. Meanwhile millions of dollars have been diverted from potential breakthroughs in autism research, families have spent their savings on ineffective "miracle cures," and declining vaccination rates have led to outbreaks of deadly illnesses like Hib, measles, and whooping cough. Most tragic of all is the increasing number of children dying from vaccine-preventable diseases.

In The Panic Virus ,Seth Mnookin draws on interviews with parents, public-health advocates, scientists, and anti-vaccine activists to tackle a fundamental question: How do we decide what the truth is? The answer helps explain everything from the persistence of conspiracy theories about 9/11 to the appeal of talk-show hosts who demand that President Obama "prove" he was born in America.

"In this searching exposé, the recent hysteria over childhood vaccinations and their alleged link to autism becomes a cautionary tale of bad science amplified by media sensationalism.... Mnookin presents a thorough and lucid debunking of the claims of a link between vaccines and autism and the charlatanism and profiteering of those who publicize it. The result is a hard-hitting contribution to the debate and a troubling portrait of a public sphere that elevates intuition and emotion above reason and evidence." —Publishers Weekly 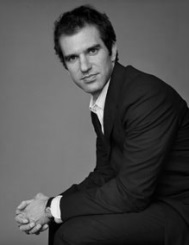 Seth Mnookin is the Associate Director of MIT’s Graduate Program in Science Writing. His most recent book, The Panic Virus: The True Story Behind the Vaccine-Autism Controversy, won the National Association of Science Writers 2012 “Science in Society” Award and the New England chapter of the American Medical Writers Association’s Will Solimene Award for Excellence.

Watch the video from this event on the Harvard Book Store Channel, here.