The Imagineers of War:
The Untold Story of DARPA, the Pentagon Agency That Changed the World

Harvard Book Store welcomes The Intercept's national security editor and Radcliffe Institute fellow SHARON WEINBERGER for a discussion of her latest book, The Imagineers of War: The Untold Story of DARPA, the Pentagon Agency That Changed the World—an authoritative account of the Pentagon agency that has quietly shaped war and technology for nearly sixty years.

About The Imagineers of War

Founded in 1958 in response to the launch of Sputnik, DARPA has been responsible for countless inventions and technologies that have evolved from the agency's mission: forward-thinking solutions to the Pentagon's challenges. Sharon Weinberger gives us a riveting account of DARPA's successes and failures, useful innovations and wild-eyed schemes: we see how the nuclear threat sparked investment in computer networking, which led to the Internet, as well as plans to power a missile-seeking particle beam by draining the Great Lakes . . . how, in Vietnam, DARPA developed technology for the world's first armed drones and was also responsible for Agent Orange . . . how DARPA's recent success with self-driving cars is counterbalanced with its disappointing contributions to the Afghanistan and Iraq wars. Weinberger has spoken to dozens of former DARPA and Pentagon officials—many of whom had never been interviewed before about their work with the agency—and synthesized countless documents obtained under the Freedom of Information Act. The result is a riveting history of a meeting point of science, technology, and politics.

"They are the wizards of war, the faceless scientists who fight the battles of the future in lab coats instead of body armor, turning insects into remote control cyborgs and designing warships without crews.  In her new book, Sharon Weinberger has placed one of the government’s most secret laboratories, DARPA, under an electron microscope and discovered a world far beyond anyone’s imagination." —James Bamford, bestselling author of The Shadow Factory: The Ultra-Secret NSA, from 9/11 to the Eavesdropping on America.

"From the Internet of today to the robots of tomorrow, DARPA has shaped not just the technology of war, but our day to day lives. Sharon Weinberger's The Imagineers of War lays out its untold history in an easy and informative read, along the way, reshaping the way you will look at events that range from the Vietnam War to the War on Terror." —P.W. Singer, author of Ghost Fleet and Wired for War 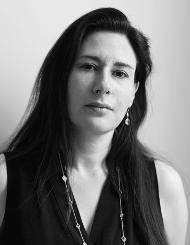 Sharon Weinberger is the national security editor at The Intercept and the author of Imaginary Weapons: A Journey Through the Pentagon's Scientific Underworld. She is currently a fellow at the Radcliffe Institute for Advanced Study at Harvard University and a Global Fellow at the Woodrow Wilson International Center for Scholars. She has also held fellowships at MIT's Knight Science Journalism program, the International Reporting Program at Johns Hopkins Paul H. Nitze School of Advanced International Studies, and Northwestern University's Medill School of Journalism. She has written on military science and technology for Nature, BBC, Discover, Slate, Wired, and The Washington Post, among others.