Memories of the Future:
A Novel

Harvard Book Store welcomes award-winning writer and poet SIRI HUSTVEDT—author of The Blazing World—for a discussion of her latest novel, Memories of the Future.

About Memories of the Future

As she listens to Lucy through the thin walls of her dilapidated building, S.H., aka “Minnesota,” transcribes her neighbor’s bizarre and increasingly ominous monologues in a notebook, along with sundry other adventures, until one frightening night when Lucy bursts into her apartment on a rescue mission.

Forty years later, S.H., now a veteran author, discovers her old notebook, as well as early drafts of a never-completed novel while moving her aging mother from one facility to another. Ingeniously juxtaposing the various texts, S.H. measures what she remembers against what she wrote that year and has since forgotten to create a dialogue between selves across decades. The encounter both collapses time and reframes its meanings in the present.

Elaborately structured, intellectually rigorous, urgently paced, poignant, and often wildly funny, Memories of the Future brings together themes that have made Hustvedt among the most celebrated novelists working today: the fallibility of memory; gender mutability; the violence of patriarchy; the vagaries of perception; the ambiguous borders between sensation and thought, sanity and madness; and our dependence on primal drives such as sex, love, hunger, and rage.

"Various forms of detection, anchored to Hustvedt’s deep knowledge of neuroscience and art, propel this rapier attack on sexism; this is a lusciously layered and suspenseful 'portrait of the artist as a young woman,' electric with wit, curiosity, and storytelling magic." —Booklist (starred review)

“Like all the best postmodern novels, this metafictional investigation of time, memory, and the mutating self is as playful as it is serious.” —Kirkus Reviews

"Among the many riches of Siri Hustvedt's portrait of a young woman finding her way as an artist are her reflections on how acts of remembering, if they reach deep enough, can heal the broken present, as well as on the inherent uncanniness of feeling oneself brought into being by the writing hand. Her reflections are no less profound for being couched as philosophical comedy of a Shandean variety." —J. M. Coetzee 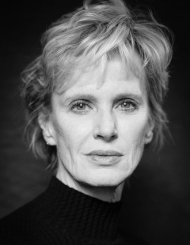 Siri Hustvedt is the internationally acclaimed author of a book of poems, six novels, four collections of essays, and a work of nonfiction. In 2012 she was awarded the International Gabarron Prize for Thought and Humanities. Her novel The Blazing World was longlisted for the Man Booker Prize and won the Lost Angeles Book Prize for Fiction. She has also published numerous papers in scholarly and scientific journals. She has a Ph.D. in English literature from Columbia University and is a Lecturer in Psychiatry at Weill Cornell Medical College. Her work has been translated into over thirty languages. She lives in Brooklyn.

Tickets are available online only at harvard.com and harvardbookstore.eventbrite.com. All tickets for this event include a $5 coupon for use in the bookstore. Pre-sale tickets include a copy of Memories of the Future. Books bundled with pre-sale tickets may only be picked up at the venue the night of the event, and cannot be picked up in-store beforehand.