Harvard Book Store welcomes SLOANE CROSLEY—New York Times bestselling author of I Was Told There'd Be Cake and How Did You Get This Number—for a discussion of her anticipated new release Cult Classic: A Novel.

One night in New York City’s Chinatown, a woman is at a work reunion dinner with former colleagues when she excuses herself to buy a pack of cigarettes. On her way back, she runs into a former boyfriend. And then another. And . . . another. Nothing is quite what it seems as the city becomes awash with ghosts of heartbreaks past.

What would normally pass for coincidence becomes something far stranger as the recently engaged Lola must contend not only with the viability of her current relationship but with the fact that both her best friend and her former boss, a magazine editor turned mystical guru, might have an unhealthy investment in the outcome. Memories of the past swirl and converge in ways both comic and eerie, as Lola is forced to decide if she will surrender herself to the conspiring of one very contemporary cult.

Is it possible to have a happy ending in an age when the past is ever at your fingertips and sanity is for sale? With her gimlet eye, Sloane Crosley spins a wry literary fantasy that is equal parts page-turner and poignant portrayal of alienation.

“The witty, improbably propulsive rom-com you didn't know you were waiting for - and just the sparkling, slightly sinister love letter to New York City that New York City deserves. An effervescent delight.” ―Elif Batuman, author of The Idiot

“Did the comic romantic thriller exist before Sloane Crosley, or has she invented it? Either way, Cult Classic is a classic. Funny, suspenseful, unputdownable, here is one of America's wittiest writers at her best. A pleasure on every page.” ―Andrew Sean Greer, author of Less

“Cult Classic is aimed with deadly accuracy at those unfortunate enough to have dated only during the twenty-first century. It’s witty―of course, because Sloane Crosley wrote it―and razor sharp, and very clever, ditto, but it’s more romantic and redemptive than one had any right to expect. It also contains one-liners destined to appear on T-shirts and coffee mugs. It’s so good. I couldn’t stop reading it.” ―Nick Hornby, author of High Fidelity 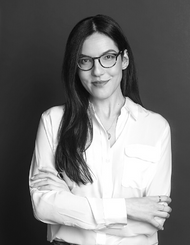 Sloane Crosley is the author of the novel The Clasp and three books of essays: Look Alive Out There and the New York Times bestsellers I Was Told There'd Be Cake and How Did You Get This Number. A two-time finalist for the Thurber Prize for American Humor, her work has been selected for numerous anthologies and she has been a columnist for Vanity Fair, The New York Times, and The Independent, among other publications. She lives in New York City.