Today it is known as Roosevelt Island. In 1828, when New York City purchased this narrow, two-mile-long island in the East River, it was called Blackwell’s Island. There, over the next hundred years, the city would build a lunatic asylum, prison, hospital, workhouse, and almshouse. Stacy Horn has crafted a compelling and chilling narrative told through the stories of the poor souls sent to Blackwell’s, as well as the period’s city officials, reformers, and journalists (including the famous Nellie Bly).

Damnation Island re-creates what daily life was like on the island, what politics shaped it, and what constituted charity and therapy in the nineteenth century. Throughout the book, we return to the extraordinary Blackwell’s missionary Reverend French, champion of the forgotten, as he ministers to these inmates, battles the bureaucratic mazes of the Corrections Department and a corrupt City Hall, testifies at salacious trials, and in his diary wonders about man’s inhumanity to man.

For history fans, and for anyone interested in the ways we care for the least fortunate among us, Damnation Island is an eye-opening look at a closed and secretive world. In a tale that is exceedingly relevant today, Horn shows us how far we’ve come—and how much work still remains.

“Through a wealth of harrowing anecdotes and fascinating case-studies, Damnation Island tells the real story of how America has treated its poor, its tired, and its huddled masses: with petty cruelty, often in the name of Christian charity. A gripping and compelling read.” —Mikita Brottman, author of The Maximum Security Book Club

“Riveting. Horn brings alive this forgotten history, and her extraordinary book has far-reaching significance not only for the past but for the future.” —Jan Jarboe Russell, bestselling author of The Train to Crystal City

“At Blackwell’s, the inmates really were running the asylum. An important piece of history in public medicine, Damnation Island weaves a compelling narrative with threads of thorough research and realism.” —Julie Holland, M.D., author of Weekends at Bellevue

“New York’s Victorian-era reformers had an idea: to isolate the city’s indigent, diseased, mentally ill, and delinquent on an island in the East River, where they could be cared for with competence and compassion. Unfortunately, it didn’t turn out that way. Stacy Horn is the perfect Virgil for this chilling, vivid, and enthralling journey through the Inferno that was 19th-century Blackwell’s Island.” —Gary Krist, author of Empire of Sin 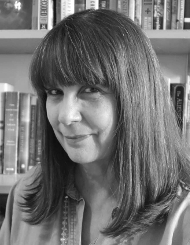 Stacy Horn is the author of five nonfiction books, including Imperfect Harmony. Mary Roach has hailed her for “combining awe-fueled curiosity with topflight reporting skills.” Horn’s commentaries have been heard on NPR’s All Things Considered and she is the founder of the social network Echo. She lives in New York City. Her website is stacyhorn.com.