Being and the Screen:
How the Digital Changes Perception

Harvard Book Store welcomes professor, author, and editor STÉPHANE VIAL and translator, editor, and former MIT Media Lab librarian PATSY BAUDOIN for a discussion of Stéphane's new book, Being and the Screen: How the Digital Changes Perception, translated from the French by Patsy.

About Being and the Screen

Digital technologies are not just tools; they are structures of perception. They determine the way in which the world appears to us. For nearly half a century, technology has provided us with perceptions coming from an unknown world. The digital beings that emerge from our screens and our interfaces disrupt the notion of what we experience as real, thereby leading us to relearn how to perceive.

In Being and the Screen, Stéphane Vial provides a philosophical analysis of technology in general, and of digital technologies in particular, that relies on the observation of experience (phenomenology) and the history of technology (epistemology). He explains that technology is no longer separate from ourselves— if it ever was. Rather, we are as much a part of the machine as the machine is part of us. Vial argues that the so-called difference between the real and the virtual does not exist and never has. We are living in a hybrid environment which is both digital and nondigital, online and offline. With this book, Vial endows philosophical meaning to what we experience daily in our digital age.

This book is published with the support of the University of Nîmes, France. 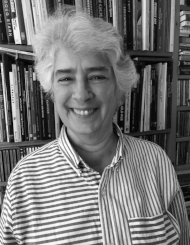 Patsy Baudoin retired in 2016 as film studies & digital humanities librarian and librarian to the Media Lab at MIT. She now works independently as a developmental editor and translator. She is a co-author of 10 PRINT CHR$ (205.5+RND(1));:GOTO10 (MIT Press, 2012). Her most recent translations include Global Gay by Frédéric Martel, Being and the Screen by Stéphane Vial, and the forthcoming Hidden Wonders, a work by five French scientists about scientific marvels hiding in plain sight. 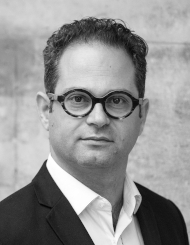 Stéphane Vial is Professor at the School of Design at the University of Quebec in Montreal (UQAM), where he teaches theory of design and interaction design. He is the editor-in-chief of the French-language international journal Sciences du Design. Graduated in philosophy and in clinical psychology, Vial earned his doctorate in philosophy at the Sorbonne in 2012. He is the author of more than six books published by The MIT Press, Springer, Presses Universitaires de France, including Being and the Screen: How the Digital Changes Perception, A Short Treatise on Design and Advancements in the Philosophy of Design.