JFK:
A Vision for America

in conversation with
SAMANTHA POWER
and RON SUSKIND

Harvard Book Store and Mass Humanities welcome STEPHEN KENNEDY SMITH and DOUGLAS BRINKLEY, editors of JFK: A Vision for America, for a panel discussion on this new compendium of JFK’s most important speeches. The book's editors will be joined by contributors Ambassador SAMANTHA POWER and RON SUSKIND for a discussion moderated by historian FREDRIK LOGEVALL. The event will include a book signing with the editors.

About JFK: A Vision for America

Published in commemoration of the centennial of President John F. Kennedy’s birth, here is the definitive compendium of JFK’s most important and brilliant speeches, accompanied by commentary and reflections by leading American and international figures—including Senator Elizabeth Warren, David McCullough, Kofi Annan, and the Dalai Lama—and edited by JFK’s nephew Stephen Kennedy Smith and renowned historian Douglas Brinkley. Combined with over seven hundred documentary photos, it tells the story, in words and pictures, of JFK’s life and presidency, and depicts his compelling vision for America.

JFK brings together in one volume John F. Kennedy’s greatest speeches alongside essays by America’s top historians, analysis from leading political thinkers, and personal insights from preeminent writers and artists. Here is JFK at his best—thought-provoking, inspiring, eloquent, and wise—on a number of wide-ranging topics, including civil rights, the race to the moon, the environment, immigration, the Cuban Missile Crisis, and much more. JFK demonstrates the deep relevance of his words today and his lasting power and influence as an outstanding American leader and orator.

Elegantly designed and enriched by more than 500 photographs and facsimiles of Kennedy’s marginalia on drafts of speeches, his notes from important meetings, letters, and other fascinating documents, JFK is a major contribution to American history. 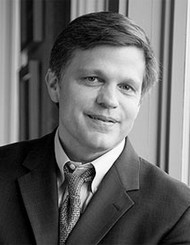 Douglas Brinkley is a professor of history at Rice University, the CNN Presidential Historian, and a contributing editor at Vanity Fair and Audubon. The Chicago Tribune has dubbed him “America’s new past master.” His recent Cronkite won the Sperber Prize for Best Book in Journalism and was a Washington Post Notable Book of the Year. The Great Deluge won the Robert F. Kennedy Book Award. He is a member of the Society of American Historians and the Council on Foreign Relations. He lives in Austin, Texas, with his wife and three children.

Fredrik Logevall is the Laurence D. Belfer Professor of International Affairs at the Harvard Kennedy School and Professor of History. A specialist on U.S. foreign relations history and modern international history, he was previously the Anbinder Professor of History at Cornell University, where he also served as vice provost and as the director of the Mario Einaudi Center for International Studies. Logevall is the author or editor of nine books, most recently Embers of War: The Fall of an Empire and the Making of America’s Vietnam, which won the 2013 Pulitzer Prize for History and the 2013 Francis Parkman Prize. His other recent works include America’s Cold War: The Politics of Insecurity and the college-level textbook A People and A Nation: A History of the United States.

Ron Suskind is a Pulitzer-winning journalist, bestselling author, and the founder of Sidekicks. He is the author of multiple New York Times bestsellers and the critically acclaimed A Hope in the Unseen: An American Odyssey from the Inner City to the Ivy League. His latest bestseller, Life, Animated, chronicles his family’s twenty-year journey raising and connecting to their autistic son. His other books include Confidence Men, The Way of the World, The One Percent Doctrine, and The Price of Loyalty. He was the senior national affairs writer for The Wall Street Journal, where he won the Pulitzer Prize, and is currently the Senior Fellow at Harvard's Center for Ethics. 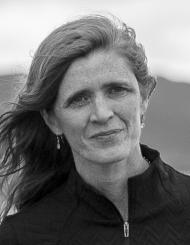 Samantha Power is a Professor of Practice at Harvard. She served in the Cabinet of President Barack Obama and as US Ambassador to the United Nations from 2013 to 2017, and as Obama’s human rights advisor from 2009 to 2013. Power’s book "A Problem from Hell”: America and the Age of Genocide won the Pulitzer Prize in 2003. Her latest book, The Education of an Idealist, is now in paperback with an updated afterword and was selected as one of the best books of 2019 by outlets including the New York Times, the Washington Post, The Economist, National Public Radio, Time, and Vanity Fair. 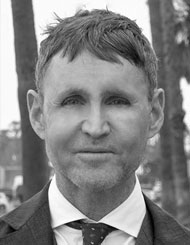 Stephen Kennedy Smith is a lecturer at the Sloan School of Management as well as a fellow at the Connection Science Group at MIT. He received his BA from Harvard University, JD from Columbia University, and EdM from the Harvard Graduate School of Education. He has served on the staff of the Senate Judiciary and Foreign Relations committees and is a three-time recipient of the Danforth Award for Excellence in Teaching at Harvard University. He continues to be active in Democratic politics and lives in New York City.

All pre-sales tickets include a copy of JFK: A Vision for America, admission into the event, and a $5 coupon for use in the bookstore. Pre-sales tickets (online only) are available for two weeks, after which a $5 ticket option will also go on sale. Books bundled with pre-sale tickets may only be picked up at the venue the night of the event, and cannot be picked up in-store beforehand.


This event will include a book signing with the editors, Stephen Kennedy Smith and Douglas Brinkley.