Taking Liberties:
The War on Terror and the Erosion of American Democracy

Harvard Book Store and the American Civil Liberties Union are honored to host SUSAN N. HERMAN, president of the ACLU and author of the new book Taking Liberties: The War on Terror and the Erosion of American Democracy.

A decade after 9/11, it is far from clear that the government's hastily adopted antiterrorist tactics—such as the Patriot Act—are keeping us safe, but it is increasingly clear that these emergency measures in fact have the potential to ravage our lives—and have already done just that to countless Americans.

From the Oregon lawyer falsely suspected of involvement with terrorism in Spain to the former University of Idaho football player arrested on the pretext that he was needed as a "material witness" (though he was never called to testify), this book is filled with unsettling stories of ordinary people caught in the government's dragnet. These are not just isolated mistakes in an otherwise sound program, but demonstrations of what can happen when our constitutional protections against government abuse are abandoned. Whether it's running a chat room, contributing to a charity, or even urging a terrorist group to forego its violent tactics, activities that should be protected by the First Amendment can now lead to prosecution. Blacklists and watchlists keep people grounded at airports and strand American citizens abroad, although these lists are rife with errors—errors that cannot be challenged. National Security Letters allow the FBI to demand records about innocent people from libraries, financial institutions, and internet service providers without ever going to court. Government databanks now brim with information about every aspect of our private lives, while efforts to mount legal challenges to these measures have been stymied.

Barack Obama, like George W. Bush, relies on secrecy and exaggerated claims of presidential prerogative to keep the courts and Congress from fully examining whether these laws and policies are constitutional, effective, or even counterproductive. Democracy itself is undermined. 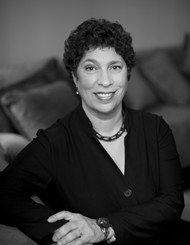 Susan N. Herman became president of the American Civil Liberties Union in 2008 after serving on its national board for twenty years. A constitutional scholar and chaired professor at Brooklyn Law School, she is the co-editor (with Paul Finkelman) of Terrorism, Government, and Law and the author of The Right to a Speedy and Public Trial.