in conversation with MOLLY ANTOPOL

David Federman has never felt appreciated. An academically gifted yet painfully forgettable member of his New Jersey high school class, the withdrawn, mild-mannered freshman arrives at Harvard fully expecting to be embraced by a new tribe of high-achieving peers. Initially, however, his social prospects seem unlikely to change, sentencing him to a lifetime of anonymity.

Then he meets Veronica Morgan Wells. Struck by her beauty, wit, and sophisticated Manhattan upbringing, David becomes instantly infatuated. Determined to win her attention and an invite into her glamorous world, he begins compromising his moral standards for this one, great shot at happiness. But both Veronica and David, it turns out, are not exactly as they seem.

Loner turns the traditional campus novel on its head as it explores ambition, class, and gender politics. It is a stunning and timely literary achievement from one of the rising stars of American fiction.

"Teddy Wayne’s captivating and increasingly disturbing Loner features a character that you’d like to hug if you could be assured that he wouldn’t try to stab you. It’s a wonderfully unnerving and unreliable first-person account of a dangerous stalker who is also a shy teenager just trying to get a date with the popular girl in school. This impossible-to-reconcile character, mixed with Wayne’s wry charm, makes Loner as thrilling as it is cautionary." —Jesse Eisenberg, author of Bream Gives Me Hiccups

"Like a novel of manners distorted by a twisted funhouse mirror, Teddy Wayne’s Loner moves with wit and stealth and merciless deliberation towards increasingly brutal psychic terrain. Reading it, I found myself amused and then—with creeping force—afraid, repulsed, and ultimately unwilling to put it down." —Leslie Jamison, New York Times bestselling author of The Empathy Exams and The Gin Closet 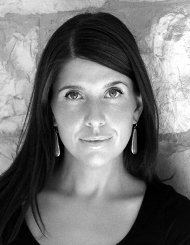 Molly Antopol’s debut story collection, The UnAmericans, won the New York Public Library’s Young Lions Fiction Award, the French-American Prize, the Ribalow Prize, and was a National Book Foundation 5 Under 35 honoree. The book was longlisted for the National Book Award and was a finalist the PEN/Robert W. Bingham Prize, the Barnes & Noble Discover Award, the National Jewish Book Award, the California Book Award, and the Sami Rohr Prize, among others. The book appeared on over a dozen “Best of 2014” lists and will be published in seven countries. She’s the recipient of a Wallace Stegner Fellowship at Stanford, where she teaches creative writing. Currently a fellow at the Radcliffe Institute at Harvard, she will be a fellow at the American Academy in Berlin in 2017. She’s at work on a novel. 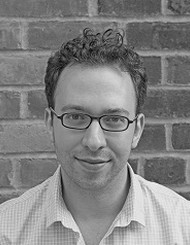 Teddy Wayne, the author of Loner, The Love Song of Jonny Valentine, and Kapitoil, is the winner of a Whiting Writers’ Award and an NEA Fellowship as well as a finalist for the Young Lions Fiction Award, PEN/Bingham Prize, and Dayton Literary Peace Prize. He writes regularly for The New Yorker, The New York Times, Vanity Fair, McSweeney’s, and elsewhere. He lives in New York.