Nick Flynn's The Captain Asks for a Show of Hands is an emotional, resilient response to some of the essential issues of our day by one of America’s most innovative writers. The Captain Asks for a Show of Hands begins as a meditation on love and the body but soon breaks down into a collage of voices culled from media reports, childhood memories, testimonies from Abu Ghraib detainees, passages from documentary films, overheard conversations, and scraps of poems and song, only to reassemble with a gathering sonic force. Each poem becomes a hallucinatory, shifting experience, through jump cut, lyric persuasion, and deadpan utterance.

Meditative, lyrical, aphoristic, and always leavened with a wry wit, the poems in Dobby Gibson’s It Becomes You explore the divergent conditions by which we’re perpetually defined—the daily weather, the fluctuations of the Dow, the growth of a cancer cell, the politics of the day. What surrounds us becomes us, Gibson suggests, in a book that will ultimately become you.

In Incarnadine, Mary Szybist restlessly seeks out places where meaning might take on new color. One poem is presented as a diagrammed sentence. Another is an abecedarium made of lines of dialogue spoken by girls overheard while assembling a puzzle. Several poems arrive as a series of Annunciations, while others purport to give an update on Mary, who must finish the dishes before she will open herself to God. Inside these poems is a deep yearning—for love, motherhood, the will to see things as they are and to speak. Beautiful and inventive, Incarnadine is the new collection by one of America’s most ambitious poets. 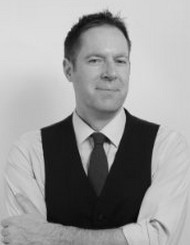 Dobby Gibson is the author of three books: Polar, Skirmish, and It Becomes You. His work has been featured on public radio’s “A Writer’s Almanac” and All Things Considered, as well as in anthologies including Good Poems, American Places. 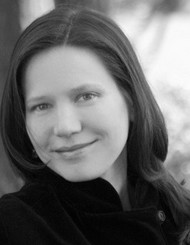 Mary Szybist is the author of a previous poetry collection, Granted, a finalist for the National Book Critics Circle Award. She teaches at Lewis & Clark College and lives in Portland, Oregon. 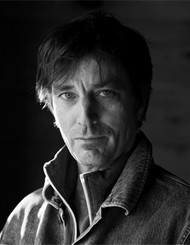 Nick Flynn is the award-winning author of Some Ether, Blind Huber, The Ticking is the Bomb and Another Bullshit Night in Suck City, winner of the PEN/Martha Albrand Award. He divides his time between Texas, where he teaches at the University of Houston, and Brooklyn, New York.