The election of Barack Obama in 2008 was startling, as was the victory of Donald Trump eight years later. Because both presidents were unusual and gained office backed by Congresses controlled by their own parties, their elections kick-started massive counter-movements. The Tea Party starting in 2009 and the "resistance" after November 2016 transformed America's political landscape.

Upending American Politics offers a fresh perspective on recent upheavals, tracking the emergence and spread of local voluntary citizens' groups, the ongoing activities of elite advocacy organizations and consortia of wealthy donors, and the impact of popular and elite efforts on the two major political parties and candidate-led political campaigns. Going well beyond national surveys, Theda Skocpol, Caroline Tervo, and their contributors use organizational documents, interviews, and local visits to probe changing organizational configurations at the national level and in swing states. This volume analyzes conservative politics in the first section and progressive responses in the second to provide a clear overview of US politics as a whole. By highlighting evidence from the state level, it also reveals the important interplay of local and national trends.

"Contributors nicely and incisively dissect recent national and state-level partisan shifts and examine the role citizen activism played. This book is strongly encouraged for those seeking to understand how American politics is shifting, and why political lessons taken as a given a decade ago might no longer apply." —Seth Masket, Director, Center on American Politics, University of Denver

"Skocpol and her talented team of collaborators have produced a treasure trove of rich empirical studies of the organizational and grassroots political developments that have helped transform contemporary American politics. Together, they shed light upon the stunning reversals of political fortune from Obama to Trump. Both an impressive scholarly achievement and a sobering and enlightening stage-setter for the high-stakes 2020 elections." —Thomas E. Mann, Senior Fellow, Brookings Institution

"Some of the best work anyone has done on why Trump prevailed in 2016 and what has happened since, the essays are must-reads for anyone who cares about the future of US politics and anyone interested in what is happening at the grassroots." —EJ Dionne, author of Code Red 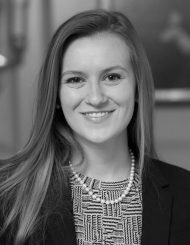 Caroline Tervo is a research coordinator in the Harvard Government Department who focuses on citizen grassroots organizing, state and local party building, and the local effects of federal policy changes. 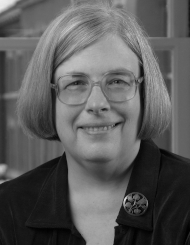 Theda Skocpol is the Victor S. Thomas Professor of Government and Sociology at Harvard University and the Director of the Scholars Strategy Network. She is a past president of the American Political Science Association.