Midnight Rising:
John Brown and the Raid That Sparked the Civil War

Harvard Book Store is delighted to welcome Pulitzer Prize–winning journalist and writer on American history TONY HORWITZ for a discussion of his newest work, Midnight Rising: John Brown and the Raid That Sparked the Civil War.

John Brown, the descendant of New England Puritans, saw slavery as a sin against America's founding principles. Unlike most abolitionists, he was willing to take up arms, and in 1859 he prepared for battle at a hideout in Maryland, joined by his teenage daughter, three of his sons, and a guerrilla band that included former slaves and a dashing spy. On October 17, the raiders seized Harpers Ferry, stunning the nation and prompting a counterattack led by Robert E. Lee. After Brown's capture, his defiant eloquence galvanized the North and appalled the South, which considered Brown a terrorist. The raid also helped elect Abraham Lincoln, who later began to fulfill Brown's dream with the Emancipation Proclamation, a measure he called "a John Brown raid, on a gigantic scale."

"Superb and amply researched. . . . [Horwitz] renders with empathy and insight the lives of the individuals Brown touched, whether they were family members, victims, or the idealistic raiders who followed him to Harpers Ferry. . . . Brown’s raiders thus appear more human, poignant, and fallible and the whole venture more noble, futile, benighted, heroic, and sadder than heretofore." —American Scholar 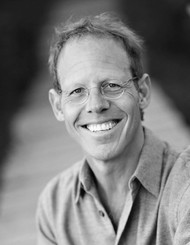 Tony Horwitz worked for many years as a reporter, mostly covering wars and conflicts as a foreign correspondent for The Wall Street Journal. After returning to the States, he won the Pulitzer Prize for national reporting and worked as a staff writer for The New Yorker before becoming a full-time author. His books include A Voyage Long and Strange, Blue Latitudes, Baghdad Without a Map, and Confederates in the Attic. Horwitz has been a fellow at the Radcliffe Institute for Advanced Study at Harvard University and a visiting scholar at the John Carter Brown Library at Brown University.