Beijing Bastard:
Into the Wilds of a Changing China

Harvard Book Store welcomes local documentarian VAL WANG for a discussion of her book Beijing Bastard: Into the Wilds of a Changing China.

Raised in a strict Chinese-American household in the suburbs, Val Wang dutifully got good grades, took piano lessons, and performed in a Chinese dance troupe—until she shaved her head and became a leftist, the stuff of many teenage rebellions. But Val’s true mutiny was when she moved to China, the land her parents had fled before the Communist takeover in 1949.

Val arrives in Beijing in 1998 expecting to find freedom but instead lives in the old city with her traditional relatives, who wake her at dawn with the sound of a state-run television program playing next to her cot, make a running joke of how much she eats, and monitor her every move. But outside, she soon discovers a city rebelling against its roots just as she is, struggling too to find a new, modern identity. Rickshaws make way for taxicabs, skyscrapers replace hutongcourtyard houses, and Beijing prepares to make its debut on the world stage with the 2008 Olympics. And in the gritty outskirts of the city where she moves, a thriving avant-garde subculture is making art out of the chaos. Val plunges into the city’s dizzying culture and nightlife and begins shooting a documentary, about a Peking Opera family who is witnessing the death of their traditional art.

Brilliantly observed and winningly told, Beijing Bastard is a compelling story of a young woman finding her place in the world and of China, as its ancient past gives way to a dazzling but uncertain future.

"Val Wang has given us a memoir perfectly suited to the Beijing that she brings to life so well: heedless, pungent, and proudly insubordinate. She is both American and Chinese, fascinated by her ancestors’ history and desperate to escape it. Like contemporary China itself, Wang is torn between the aspirations for success, idiosyncrasy, and belonging. A vivid and evocative read." —Evan Osnos, author of Age of Ambition 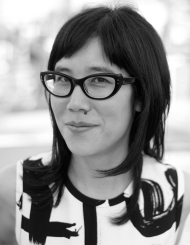 Val Wang is an author and documentary maker who most recently directed Planet Takeout, an interactive documentary project on the role of Chinese takeouts as a cultural crossroad in America. She teaches writing and multimedia storytelling at Bentley University.