Harvard Book Store welcomes VICTOR J. SEIDLER—Emeritus Professor in the Department of Sociology at Goldsmiths, University of London—for a discussion of his latest book, Making Sense of Brexit: Democracy, Europe, and Uncertain Futures.

About Making Sense of Brexit

After the shock decision to leave the EU in 2016, what can we learn about our divided and unequal society and the need to listen to each other? This engaging and accessible book addresses the causes and implications of Brexit. Seidler argues that we need new political imaginations across class, race, religion, gender, and sexuality to engage in issues about the scale and acceleration of urban change and the time people need to adjust to new realities.

"A wonderful litmus reading of a society and economy whose foundations, built on the wealth of the few, are dissolving civic society. A thoughtful and thought-provoking reflection on the complex divides across identity, gender, geography. and class." —Rowland Atkinson, University of Sheffield

"In Making Sense of Brexit, Seidler persistently urges us to suspend our assumptions and attend to the diversity of voices responding to neoliberal capitalism's injustices. Seidler cogently highlights the potential of a politics of voice and the urgency of the ethical project of listening." —Shani Orgad, London School of Economics and Political Science

"Acts as an antidote to the twin dangers of nationalism and isolation. It has both the generosity and passion we will require to navigate the crosscurrents of Brexit. Above all it speaks to the need for a renewed, democratic sense of justice; one that can include, unite and inspire. Seidler speaks of the thing that we need most—hope." —Jon Cruddas 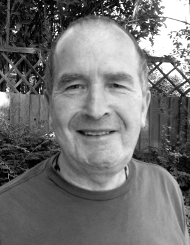 Victor Jeleniewski Seidler is an Emeritus Professor in the Department of Sociology at Goldsmiths, University of London. His research interests include social theory and philosophy; Marxism and critical theory; moral theory; masculinity and sexual politics; and he has written on social theory, ethics, and gender, particularly in relation to men and masculinities. In recent years his writing and research have focused on the cultural memory of particular events and the ways they might challenge traditional social and cultural languages.