Love's Next Meeting:
The Forgotten History of Homosexuality and the Left in American Culture

in conversation with AVRAM FINKELSTEIN

Harvard Book Store's virtual event series welcomes AARON S. LECKLIDER—associate professor of American Studies at the University of Massachusetts Boston and author of Inventing the Egghead: The Battle Over Brainpower in American Culture—for a discussion of his latest book, Love's Next Meeting: The Forgotten History of Homosexuality and the Left in American Culture. He will be joined in conversation by AVRAM FINKELSTEIN, founding member of the Silence=Death and Gran Fury collectives and author of After Silence: A History of AIDS Through its Images.

While payment is not required, we are suggesting a $5 contribution to support this author series, our staff, and the future of Harvard Book Store—a locally owned, independently run Cambridge institution. In addition, by purchasing a copy of Love's Next Meeting on harvard.com, you support indie bookselling and the writing community during this difficult time.

About Love's Next Meeting

Well before Stonewall, a broad cross section of sexual dissidents took advantage of their space on the margins of American society to throw themselves into leftist campaigns. Sensitive already to sexual marginalization, they also saw how class inequality was exacerbated by the Great Depression, witnessing the terrible bread lines and bread riots of the era. They participated in radical labor organizing, sympathized like many with the early prewar Soviet Union, contributed to the Republicans in the Spanish Civil War, opposed US police and state harassment, fought racial discrimination, and aligned themselves with the dispossessed. Whether they were themselves straight, gay, or otherwise queer, they brought sexual dissidence and radicalism into conversation at the height of the Left's influence on American culture.

Combining rich archival research with inventive analysis of art and literature, Love’s Next Meeting explores the relationship between homosexuality and the Left in American culture between 1920 and 1960. Aaron S. Lecklider uncovers a lively cast of individuals and dynamic expressive works, revealing remarkably progressive engagement with homosexuality among radicals, workers, and the poor. Leftists connected sexual dissidence with radical gender politics, antiracism, and challenges to censorship and obscenity laws through the 1920s and 1930s. In the process, a wide array of activists, organizers, artists, and writers laid the foundation for a radical movement through which homosexual lives and experiences were given shape and new political identities were forged. Love's Next Meeting cuts to the heart of some of the biggest questions in American history: questions about socialism, about sexuality, about the supposed clash still making headlines today between leftist politics and identity politics. What emerges is a dramatic, sexually vibrant story of the shared struggles for liberation across the twentieth century.

Praise for Love's Next Meeting

"Engrossing, beautifully written, and wryly humorous from beginning to end. Aaron Lecklider offers us not only a richly researched but racy revision of Left history that reveals that sexual dissidence and radical Left politics were compatible. This was a complex, uneven relationship to be sure, but Love's Next Meeting shows that as gay leftists fought for sexual freedom and political revolution, they shaped every aspect of twentieth-century American culture—race, class, labor, psychology, visual culture, literary art, sexuality, maritime culture—and the Left." —Mary Helen Washington, author of The Other Blacklist: The African American and Cultural Left of the 1950s

"A major work of US cultural history that revises our understanding of the relations between homosexuality and radical politics in the era of Popular Front social movements, the so-called Old Left of the 1930s Depression, the 1940s antifascist war, and the 1950s Cold War. A powerful narrative of the entangled lives of leftist sexual dissidents, Love's Next Meeting also offers an entirely original account of proletarian fiction as an archive of homosexuality and sexual dissidence."—Michael Denning, author of The Cultural Front and Culture in the Age of Three Worlds

"Love's Next Meeting is a provocative airing of the conflicted relationship of homosexuality and the American Left during the first half of the twentieth century. Whether queer Americans came from inherited wealth, shipped out as marine cooks and stewards, or lived as Black novelists, homeless hobos, or lesbians navigating their own liberation and advocacy for birth control and abortion, this book reveals that in every milieu of American life they invested some kind of hope that class- and race-based liberation politics could be extended to include them. While sexual dissidents opened the Left to the question of full sexual freedom, both independent and Soviet-affiliated US Left cultures struggled to meet queer people's desires. Aaron Lecklider offers readers a fuller understanding of how queer liberation and gay rights were connected to—and excluded from—radical social movements." —Sarah Schulman, author of Let the Record Show: A Political History of ACT UP New York, 1987–1993 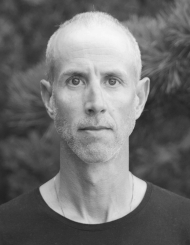 Aaron S. Lecklider is Associate Professor of American Studies at the University of Massachusetts Boston and author of Inventing the Egghead: The Battle over Brainpower in American Culture. 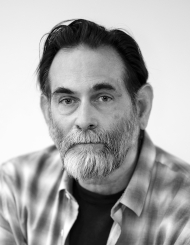 Avram Finkelstein is an artist and writer, and a founding member of the Silence=Death and Gran Fury collectives. His work is in the permanent collections of MoMA, The Whitney, The New Museum and The Brooklyn Museum, and he is featured in the artist oral history project at the Smithsonian’s Archives of American Art. His book for UC Press, After Silence: A History of AIDS Through its Images was nominated for an International Center Of Photography Infinity Award in Critical Writing And Research. He has been interviewed by the New York Times, Frieze, Artforum, the New Yorker, and Interview, and spoken at Harvard, Yale, Columbia, Princeton, UMass Boston and NYU.