in conversation with FRANCISCO GOLDMAN

Harvard Book Store's virtual event series welcomes ADAM GOODMAN—an historian in the Latin American and Latino Studies Program at the University of Illinois at Chicago—for a discussion of his book The Deportation Machine: America's Long History of Expelling Immigrants. He will be joined in conversation by celebrated novelist FRANCISCO GOLDMAN.

While payment is not required, we are suggesting a $3 contribution to support this author series, our staff, and the future of Harvard Book Store—a locally owned, independently run Cambridge institution. In addition, by purchasing a copy of The Deportation Machine on harvard.com, you support indie bookselling and the writing community during this difficult time.

About The Deportation Machine

Constant headlines about deportations, detention camps, and border walls drive urgent debates about immigration and what it means to be an American in the twenty-first century. The Deportation Machine traces the long and troubling history of the US government's systematic efforts to terrorize and expel immigrants over the past 140 years. This provocative, eye-opening book provides needed historical perspective on one of the most pressing social and political issues of our time.

In a sweeping and engaging narrative, Adam Goodman examines how federal, state, and local officials have targeted various groups for expulsion, from Chinese and Europeans at the turn of the twentieth century to Central Americans and Muslims today. He reveals how authorities have singled out Mexicans, nine out of ten of all deportees, and removed most of them not by orders of immigration judges but through coercive administrative procedures and calculated fear campaigns. Goodman uncovers the machine's three primary mechanisms—formal deportations, "voluntary" departures, and self-deportations—and examines how public officials have used them to purge immigrants from the country and exert control over those who remain. Exposing the pervasive roots of anti-immigrant sentiment in the United States, The Deportation Machine introduces the politicians, bureaucrats, businesspeople, and ordinary citizens who have pushed for and profited from expulsion.

This revelatory book chronicles the devastating human costs of deportation and the innovative strategies people have adopted to fight against the machine and redefine belonging in ways that transcend citizenship.

Praise for The Deportation Machine

"Adam Goodman, a professor at the University of Illinois at Chicago, examines how immigration policies and practices have been shaped as much by those who interpret, administer, execute and enforce the laws as by those who write them. . . . Although these measures may appear extreme, distasteful and even un-American, they are, Goodman reminds us, a continuation rather than a deviation from past practices." —David Nasaw, New York Times Book Review

"Among the many books trying to make sense of the current moment, this one stands out. Goodman describes a machine that, for more than a century, would go of itself, put in perpetual motion by a toxic combination of racist ideology, vigilante impunity, and bureaucratic momentum. This impressively researched and sharply argued book is essential reading." —Greg Grandin, Pulitzer Prize–winning author of The End of the Myth: From the Frontier to the Border Wall in the Mind of America

"With a sharp historical eye and a masterful command of the archival material, Goodman reveals the vast mechanisms of state power to expel unwanted populations, of which formal deportations comprise only a small portion. This superbly researched, eminently engaging book is indispensable reading for understanding the architecture of immigration enforcement today." —Cecilia Menjívar, author of Enduring Violence: Ladina Women's Lives in Guatemala 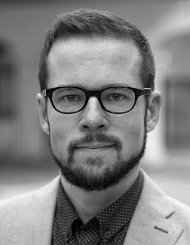 Adam Goodman teaches in the Department of History and the Latin American and Latino Studies Program at the University of Illinois at Chicago. His writing on immigration history and policy and U.S. and Mexican politics has appeared in outlets such as the Washington Post, The Nation, and the Journal of American History. Goodman is a faculty advisor to UIC's Fearless Undocumented Alliance, a co-convener of the Newberry Library's Borderlands and Latinx Studies seminar, and a co-organizer of the #ImmigrationSyllabus public history project. The Deportation Machine: America's Long History of Expelling Immigrants is his first book. 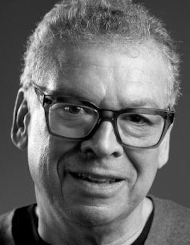 Francisco Goldman is a novelist and journalist whose work has won awards both in the United States and abroad, including the Prix Femina Étranger award for Say Her Name and the Premio Metropolis Azul for The Interior Circuit. He received the PEN México Award for Literary Excellence in 2018 and has held fellowships from the Guggenheim Foundation, the New York Public Library's Cullman Center, and the Radcliffe Institute for Advanced Study at Harvard. Goldman currently directs the Premio Aura Estrada and is the Allan K. Smith Professor of Creative Writing and Literature at Trinity College. His new novel, Monkey Boy, will be published in 2021.