While payment is not required, we are suggesting a $3 contribution to support this author series, our staff, and the future of Harvard Book Store—a locally owned, independently run Cambridge institution. In addition, by purchasing a copy of Picturing Political Power and Free Thinker on harvard.com, you support indie bookselling and the writing community during this difficult time.

For as long as women have battled for equitable political representation in America, those battles have been defined by images—whether illustrations, engravings, photographs, or colorful chromolithograph posters. Some of these pictures have been flattering, many have been condescending, and others downright incendiary. They have drawn upon prevailing cultural ideas of women’s perceived roles and abilities and often have been circulated with pointedly political objectives.

Picturing Political Power offers perhaps the most comprehensive analysis yet of the connection between images, gender, and power. In this examination of the fights that led to the ratification of the Nineteenth Amendment in 1920, Allison K. Lange explores how suffragists pioneered one of the first extensive visual campaigns in modern American history. She shows how pictures, from early engravings and photographs to colorful posters, proved central to suffragists’ efforts to change expectations for women, fighting back against the accepted norms of their times. In seeking to transform notions of womanhood and win the right to vote, white suffragists emphasized the compatibility of voting and motherhood, while Sojourner Truth and other leading suffragists of color employed pictures to secure respect and authority. Picturing Political Power demonstrates the centrality of visual politics to American women’s campaigns throughout the nineteenth and early twentieth centuries, revealing the power of images to change history.

When Ohio newspapers published the story of Alice Chenoweth’s affair with a married man, she changed her name to Helen Hamilton Gardener, moved to New York, and devoted her life to championing women’s rights and decrying the sexual double standard. She published seven books and countless essays, hobnobbed with the most interesting thinkers of her era, and was celebrated for her audacious ideas and keen wit. Opposed to piety, temperance, and conventional thinking, Gardener eventually settled in Washington, D.C., where her tireless work proved, according to her colleague Maud Wood Park, "the most potent factor" in the passage of the Nineteenth Amendment.

Free Thinker is the first biography of Helen Hamilton Gardener, who died as the highest-ranking woman in federal government and a national symbol of female citizenship. Hamlin exposes the racism that underpinned the women’s suffrage movement and the contradictions of Gardener’s politics. Her life sheds new light on why it was not until the passage of the 1965 Voting Rights Act that the Nineteenth Amendment became a reality for all women.

Celebrated in her own time but lost to history in ours, Gardener was hailed as the "Harriet Beecher Stowe of Fallen Women." Free Thinker is the story of a woman whose struggles, both personal and political, resound in today’s fight for gender and sexual equity.

“In this richly researched and lavishly illustrated book, Lange argues that the American suffragists were successful in their battle for the vote in part because they used images to transform the public’s notion of political womanhood. She takes special care to address how women of color developed activist visual campaigns. Linking power with visibility and weaving history with visual culture, Lange narrates a fascinating take on the history of the Nineteenth Amendment.” —Kate Clarke LeMay, National Portrait Gallery

“Picturing Political Power cogently delineates the intrinsic role of visual media in the struggle for women’s rights. Lange shows how we cannot truly grasp the causes of and conflicts over women’s suffrage without addressing its visual record. Sensitive to gender, class, and race, this groundbreaking book demonstrates the importance of rigorous engagement with visual evidence to uncover new insights about the past.” —Joshua Brown, Graduate Center, City University of New York

“Suffragist Helen Hamilton Gardener is someone we need to know . . . Kimberly A. Hamlin’s careful research, unflinching eye, and storytelling gift reveal how Gardener’s path to the ballot was paved with ideas that ran from free thought and the science of ‘heredity’ to white supremacy. Free Thinker makes plain how suffragists like Gardener left a legacy on voting rights that was uneven at best. We live with its vestiges until today.” —Martha S. Jones, author of Birthright Citizens: A History of Race and Rights in Antebellum America

“Free Thinker is as vivid and arresting as its subject. And Helen Hamilton Gardener’s insistent argument, that American women were ‘self-respecting, self-directing human units with brains and bodies sacredly their own,’ still feels as urgent and as radical as it did a century ago.” —Jane Kamensky, Pforzheimer Foundation Director of the Schlesinger Library on the History of Women in America, Harvard University 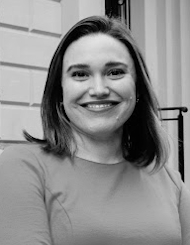 Allison K. Lange is an associate professor of history at the Wentworth Institute of Technology. She received her PhD in history from Brandeis University. Various institutions have supported her work, including the National Endowment for the Humanities, Andrew W. Mellon Foundation, and Library of Congress. Her writing has appeared in Imprint, The Atlantic, and The Washington Post. 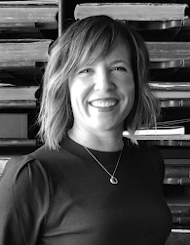 Kimberly A. Hamlin is an award-winning historian, author, and professor specializing in the history of women, gender, and sex in the United States. She contributes to the Washington Post’s “Made by History” column and other media, and she regularly speaks to audiences across the country about women’s and gender history.