The First Three Minutes:
A Modern View of the Origin of the Universe

Harvard Book Store's virtual event series, the Harvard University Division of Science, and the Harvard Library are thrilled to welcome Nobel Laureate STEVEN WEINBERG for a discussion of his groundbreaking work in physics and his books The First Three Minutes: A Modern View of the Origin of the Universe and Third Thoughts: The Universe We Still Don't Know. He will be joined in conversation by ANDREW STROMINGER, prize-winning theoretical physicist and director of Harvard's Center for the Fundamental Laws of Nature.

While payment is not required, we are suggesting a $5 contribution to support this author series, our staff, and the future of Harvard Book Store—a locally owned, independently run Cambridge institution. In addition, by purchasing a copy of The First Three Minutes and Third Thoughts on harvard.com, you support indie bookselling and the writing community during this difficult time.

About The First Three Minutes

Our universe has been growing for nearly 14 billion years. But almost everything about it, from the elements that forged stars, planets, and lifeforms, to the fundamental forces of physics, can be traced back to what happened in just the first three minutes of its life.

In this book, Nobel Laureate Steven Weinberg describes in wonderful detail what happened in these first three minutes. It is an exhilarating journey that begins with the Planck Epoch—the earliest period of time in the history of the universe—and goes through Einstein's Theory of Relativity, the Hubble Red Shift, and the detection of the Cosmic Microwave Background. These incredible discoveries all form the foundation for what we now understand as the "standard model" of the origin of the universe. The First Three Minutes examines not only what this model looks like, but also tells the exciting story of the bold thinkers who put it together.

Clearly and accessibly written, The First Three Minutes is a modern-day classic, an unsurpassed explanation of where it is we really come from.

Praise for The First Three Minutes

"The book is the first I have seen to put the details, both historical and conceptual, of the origin of the Universe within the grasp of the general reader . . . As such, it is a tremendous service to us all." —Isaac Asimov

"His book is science writing at its best." —Martin Gardner

"Weinberg builds such a convincing case . . . that one comes away from his book feeling not only that the idea of an original cosmic explosion is not crazy but that any other theory appears scientifically irrational." —Jeremy Bernstein

In this wise and wide-ranging meditation, one of the most captivating science communicators of our time challenges us to reconsider the entanglement of science and society. From the cosmological to the personal, from astronomy and quantum physics to the folly of manned spaceflight and the rewards of getting things wrong, Steven Weinberg shares his views on the workings of the universe and our aspirations and limitations. Third Thoughts aims to provoke and inform and never loses sight of the human dimension of scientific discovery.

"Weinberg has a knack for capturing a complex concept in a succinct, unforgettable image…[He’s] one of the smartest and most diligent scientists around." —Robert Crease, Nature

"Weinberg’s finest collection yet—chock-full of informative content, wise opinion, and intelligent comment. He is an extreme rarity—a great physicist whose writings are entertaining and accessible for both experts and non-specialists. Superb." —Graham Farmelo, author of The Strangest Man

"This book should be read not only for its insightful and illuminating explanations of a wide range of physical phenomena but also for the opportunity it affords to follow the wanderings of a brilliant mind through topics ranging from high-energy physics and the makeup of the cosmos to poetry, and from the history and philosophy of science to the dangers of economic inequality…[A] captivating book." —Mario Livio, Science 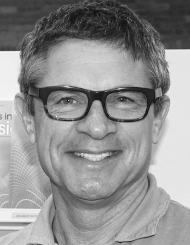 Andrew Strominger is the Gwill E. York Professor of Physics at Harvard University and a founding member of the Black Hole Initiative. He is a renowned theoretical physicist who has made pathbreaking contributions to classical and quantum gravity, quantum field theory and string theory. In recognition of his accomplishments, Strominger has been awarded the prestigious 2017 Breakthrough Prize in Fundamental Physics, the 2016 Dannie Heineman Prize from the American Physical Society, and numerous other honors. 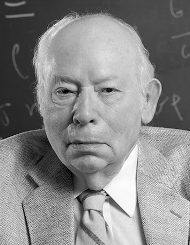 Steven Weinberg is a professor of physics and astronomy at the University of Texas at Austin. His research on elementary particle physics and cosmology has been honored with the Nobel Prize in Physics, the National Medal of Science, the Benjamin Franklin Medal of the American Philosophical Society, the Dannie Heinemann Prize for Mathematical Physics, and numerous other awards. He has written over 300 scientific articles, and six treatises on general relativity, quantum field theory, cosmology, and quantum mechanics. Among his books for general readers are Dreams of a Final Theory and The First Three Minutes, and two collections of published essays, Facing Up: Science and its Cultural Adversaries, and Lake Views: This World and the Universe.