in conversation with KATHY FORDE

Harvard Book Store's virtual event series welcomes historian and journalist ANDIE TUCHER for a discussion of her newest book Not Exactly Lying: Fake News and Fake Journalism in American History. She will be joined in conversation by KATHY FORDE—professor of journalism history at University of Massachusetts.

While payment is not required, we are suggesting a $5 contribution to support this author series, our staff, and the future of Harvard Book Store—a locally owned, independently run Cambridge institution. In addition, by pre-ordering a copy of Not Exactly Lying on harvard.com, you support indie bookselling and the writing community during this difficult time.

About Not Exactly Lying

Long before the current preoccupation with “fake news,” American newspapers routinely ran stories that were not quite, strictly speaking, true. Today, a firm boundary between fact and fakery is a hallmark of journalistic practice, yet for many readers and publishers across more than three centuries, this distinction has seemed slippery or even irrelevant. From fibs about royal incest in America’s first newspaper to social-media-driven conspiracy theories surrounding Barack Obama’s birthplace, Andie Tucher explores how American audiences have argued over what’s real and what’s not―and why that matters for democracy.

Early American journalism was characterized by a hodgepodge of straightforward reporting, partisan broadsides, humbug, tall tales, and embellishment. Around the start of the twentieth century, journalists who were determined to improve the reputation of their craft established professional norms and the goal of objectivity. However, Tucher argues, the creation of outward forms of factuality unleashed new opportunities for falsehood: News doesn’t have to be true as long as it looks true. Propaganda, disinformation, and advocacy―whether in print, on the radio, on television, or online―could be crafted to resemble the real thing. Dressed up in legitimate journalistic conventions, this “fake journalism” became inextricably bound up with right-wing politics, to the point where it has become an essential driver of political polarization. Shedding light on the long history of today’s disputes over disinformation, Not Exactly Lying is a timely consideration of what happens to public life when news is not exactly true.

Praise for Not Exactly Lying

"In this artfully written account, Andie Tucher offers a sweeping history of misinformation and the American press. Most strikingly, Not Exactly Lying reveals that the present panic surrounding so-called “fake news” has missed the point: It’s the modern profusion of “fake journalism”―the appropriation of journalistic standards to serve up puffery, propaganda, and hyperpartisan fare―that is more concerning for the future of media and public life." —Seth C. Lewis, Shirley Papé Chair in Emerging Media at the University of Oregon

"Not Exactly Lying provides a beautifully written and deeply researched history of “fake news” and “fake journalism” in the United States, offering deep context for understanding our contemporary democratic crisis and the role of journalism in that crisis. Tucher takes on one of the most urgent issues of our day." —Kathy Roberts Forde, coeditor of Journalism and Jim Crow: White Supremacy and the Black Struggle for a New America

"In exploring the various ways that fakes and falsehoods have made their way to the public as “journalism” and “news,” Tucher follows a number of trends: the evolving internal conventions of and boundaries around journalism, the introduction of new media technologies, the waxing and waning of partisan influence on and control over key news outlets, and changing public appetites for news. Not Exactly Lying shows that the enemy of good journalism is not slant but untruth." —Michael Stamm, author of Dead Tree Media: Manufacturing the Newspaper in Twentieth-Century North America 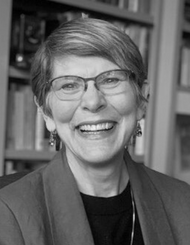 Andie Tucher, a historian and journalist, is the H. Gordon Garbedian Professor and the director of the Communications PhD Program at the Columbia Journalism School. She is also the author of Froth and Scum: Truth, Beauty, Goodness, and the Ax Murder in America’s First Mass Medium; Happily Sometimes After: Discovering Stories from Twelve Generations of an American Family; and other works on the evolution of the conventions of truth-telling in journalism, photography, personal narrative, and other nonfiction forms. Tucher previously worked in documentary production at ABC News and Public Affairs Television. 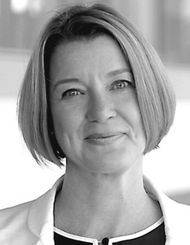 Kathy Forde is an American journalism historian with research interests in democracy and the public sphere, the Black freedom struggle and the press, the First Amendment, literary journalism, and the history of the book and print culture. She is the Associate Dean of Equity & Inclusion in the College of Social & Behavioral Sciences at University of Massachusetts. She served as Chair of UMass Journalism from 2014-2017 and her book Literary Journalism on Trial: Masson v. New Yorker and the First Amendment (University of Massachusetts Press, 2008) received the Frank Luther Mott-KTA book award and the AEJMC History Division book award.