Harvard Book Store's virtual event series, the Harvard University Division of Science, and the Harvard Library welcome celebrated biologist and science writer ANDREW STEELE for a discussion of his book Ageless: The New Science of Getting Older Without Getting Old.

While payment is not required, we are suggesting a $5 contribution to support this author series, our staff, and the future of Harvard Book Store—a locally owned, independently run Cambridge institution. In addition, by purchasing a copy of Ageless on harvard.com, you support indie bookselling and the writing community during this difficult time.

Aging—not cancer, not heart disease—is the true underlying cause of most human death and suffering. We accept as inevitable that as we advance in years our bodies and minds begin to deteriorate and that we are ever more likely to be felled by dementia or disease. But we never really ask—is aging necessary? Biologists, on the other hand, have been investigating that question for years. After all, there are tortoises and salamanders whose risk of dying is the same no matter how old they are. With the help of science, could humans find a way to become old without getting frail, a phenomenon known as "biological immortality"?

In Ageless, Andrew Steele, a computational biologist and science writer, takes us on a journey through the laboratories where scientists are studying every bodily system that declines with age—DNA, mitochondria, stem cells, our immune systems—and developing therapies to reverse the trend. With bell-clear writing and intellectual passion, Steele shines a spotlight on a little-known revolution already underway.

“During medical school we were taught that aging is a natural process and that people can simply die of old age. The thinking was that age wasn’t just a turning of the clock but an accumulation of mutations, cancer, arthritis, heart disease and dementia. Have you ever wondered, however, if it was possible to address those diseases not just individually, but collectively, by addressing the underlying process of aging itself. Sound far fetched? Well, It’s this audacious way of thinking that propelled Andrew Steele to write Ageless. In this new book, Steele highlights therapies being developed to stymie aging, from rebooting the immune system to repairing DNA to removing senescent cells. This is a fascinating look at how scientists are working to help doctors treat not just one disease at a time, but the aging process itself, helping us all to lead longer, healthier lives.” —Dr. Sanjay Gupta, Chief Medical Correspondent for CNN

“Entertaining and thoughtful. . . if, as Mr. Steele contends, 'tortoises get old without getting elderly,' might we not master 'biological immortality' and become ageless too? . . . we may all need to start planning for a fundamentally different future.” — Wall Street Journal

“We assume that ‘getting older’ inevitably means ‘getting old,’ with all the increased frailty and diminished vitality we associate with advancing age. But getting on in years doesn't have to mean becoming elderly, Steele argues—and in his new book, Ageless, he does a surprisingly effective job of decoupling the two.” —New York Times Book Review 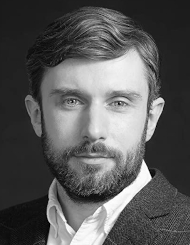 After obtaining a PhD in physics from the University of Oxford, Andrew Steele decided that ageing was the most important scientific challenge of our time, and switched fields to computational biology. He worked at the Francis Crick Institute, using machine learning to decode our DNA and predict heart attacks using patients’ medical records. He is now a full-time science writer and presenter based in London. He has appeared on Discovery and the BBC.