in conversation with GAURI VISWANATHAN

Harvard Book Store's virtual event series welcomes ANJULI FATIMA RAZA KOLB—Associate Professor of English at the University of Toronto—for a discussion of her book Epidemic Empire: Colonialism, Contagion, and Terror, 1817–2020. She will be joined in conversation by GAURI VISWANATHAN, Class of 1933 Professor in the Humanities at Columbia University.

While payment is not required, we are suggesting a $3 contribution to support this author series, our staff, and the future of Harvard Book Store—a locally owned, independently run Cambridge institution. In addition, by purchasing a copy of Epidemic Empire on harvard.com, you support indie bookselling and the writing community during this difficult time.

Terrorism is a cancer, an infection, an epidemic, a plague. For more than a century, this metaphor has figured insurgent violence as contagion in order to contain its political energies. In Epidemic Empire, Anjuli Fatima Raza Kolb shows that this trope began in responses to the Indian Mutiny of 1857 and tracks its tenacious hold through 9/11 and beyond. The result is the first book-length study to approach the global War on Terror from a postcolonial literary perspective.

Raza Kolb assembles a diverse archive from colonial India, imperial Britain, French and independent Algeria, the postcolonial Islamic diaspora, and the neoimperial United States. Anchoring her book are studies of four major writers in the colonial-postcolonial canon: Rudyard Kipling, Bram Stoker, Albert Camus, and Salman Rushdie. Across these sources, she reveals the tendency to imagine anticolonial rebellion, and Muslim insurgency specifically, as a virulent form of social contagion. Exposing the long history of this broken but persistent narrative, Epidemic Empire is a major contribution to the rhetorical history of our present moment.

“Raza Kolb renders a startling account of the extent to which figures of illness, disease, and virality saturate quotidian discourses on terrorism and race from the nineteenth century to the present. Uncannily prescient yet historically profound, Epidemic Empire allows us to glimpse the future of pandemics from the racial prisms of the past. The temporal arc is sublime, and the writing, exquisite.” —Jasbir K. Puar, Rutgers University

“Moving well beyond viral transmission as a metaphor in social, political, or economic life, Raza Kolb’s book offers us an innovative account of violence as a form of contagion in its own right. Showing how medical and political thinking were intertwined in British and French imperialism, she traces the legacy of its distinctive history down to the present day.” —Faisal Devji, University of Oxford

“Epidemic Empire is grippingly told—a fantastic story of the coemergence of the epidemiological, colonial, and ‘terrorist’ imaginaries. Raza Kolb's close readings are superb and revealing, and it is urgent that these arguments and methodologies and this archive make their way into the public debate. These debates become more pressing every day, as the long histories of colonial and white national violence become less and less ‘merely’ historical, in the United States and globally.” —Jacques Lezra, University of California, Riverside 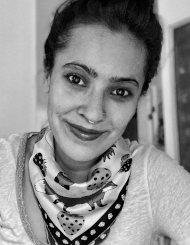 Anjuli Fatima Raza Kolb is Associate Professor of English at the University of Toronto, where she teaches postcolonial literature and theory and poetry. She holds a PhD in English and Comparative Literature from Columbia University. Her first book, Epidemic Empire, uncovers the history behind the dead metaphor of the "terrorism epidemic" by looking at documents of public health, policy, immigration law, novels, poems, films, and more. Her poems, translations, and essays have appeared in various venues and are in conversation with the traditions of Urdu poetry, contemporary queer poetics, and lyric memoir. 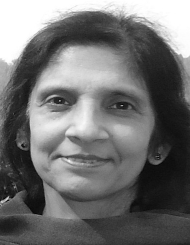 Gauri Viswanathan is Class of 1933 Professor in the Humanities at Columbia University. She has published widely on education, religion, and culture; nineteenth-century British and colonial cultural studies; and the history of modern disciplines. She is the author of Masks of Conquest: Literary Study and British Rule in India and Outside the Fold: Conversion, Modernity, and Belief.