Four Lost Cities:
A Secret History of the Urban Age

in conversation with ARKADY MARTINE

Harvard Book Store's virtual event series, the Harvard University Division of Science, and the Harvard Library welcome ANNALEE NEWITZ—acclaimed science journalist and author of The Future of Another Timeline—for a discussion of their latest book, Four Lost Cities: A Secret History of the Urban Age. They will be joined in conversation by ARKADY MARTINE, historian and author of the Hugo Award–winning novel A Memory Called Empire.

While payment is not required, we are suggesting a $5 contribution to support this author series, our staff, and the future of Harvard Book Store—a locally owned, independently run Cambridge institution. In addition, by purchasing a copy Four Lost Cities on harvard.com, you support indie bookselling and the writing community during this difficult time.

In Four Lost Cities, acclaimed science journalist Annalee Newitz takes readers on an entertaining and mind-bending adventure into the deep history of urban life. Investigating across the centuries and around the world, Newitz explores the rise and fall of four ancient cities, each the center of a sophisticated civilization: the Neolithic site of Çatalhöyük in Central Turkey, the Roman vacation town of Pompeii on Italy’s southern coast, the medieval megacity of Angkor in Cambodia, and the indigenous metropolis Cahokia, which stood beside the Mississippi River where East St. Louis is today.

Newitz travels to all four sites and investigates the cutting-edge research in archaeology, revealing the mix of environmental changes and political turmoil that doomed these ancient settlements. Tracing the early development of urban planning, Newitz also introduces us to the often anonymous workers—slaves, women, immigrants, and manual laborers—who built these cities and created monuments that lasted millennia.

Four Lost Cities is a journey into the forgotten past, but, foreseeing a future in which the majority of people on Earth will be living in cities, it may also reveal something of our own fate.

"Cheerful, curious, amused, and amusing, Annalee Newitz is a fabulous tour guide through the latest archaeological perspectives on four of humankind’s most remarkable urban experiments. Along the way, Newitz dispels myths, evokes fascinating stories—and makes us think hard about our own urban future." —Charles Mann, author of 1491 and 1493

"Newitz always sees to the heart of complex systems and breaks them down with poetic ferocity." —N. K. Jemisin, author of the Broken Earth trilogy

"Annalee Newitz is a brilliant writer with the heart of an archaeologist and the soul of a visionary. Four Lost Cities should open our eyes to all that may happen to our cities in the future. Vibrant and adventurous, this is a necessary book for turbulent times." —Sarah Parcak, archaeologist and author of Archaeology from Space 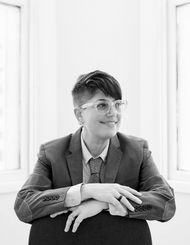 Annalee Newitz is an American journalist, editor, and author of fiction and nonfiction. They are the recipient of a Knight Science Journalism Fellowship from MIT, and have written for Popular Science, The New Yorker, and the Washington Post. They founded the science fiction website io9 and served as Editor-in-Chief from 2008–2015, and then became Editor-in-Chief at Gizmodo and Tech Culture Editor at Ars Technica. Their book Scatter, Adapt, and Remember: How Humans Will Survive a Mass Extinction was nominated for the LA Times Book Prize in science. Their first novel, Autonomous, won a Lambda award. 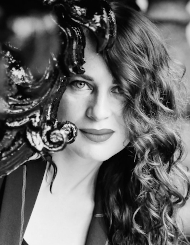 Arkady Martine is the Hugo Award-winning author of A Memory Called Empire. She is a speculative fiction writer and, as Dr. AnnaLinden Weller, a historian of the Byzantine Empire and a city planner. She is currently a policy advisor for the New Mexico Energy, Minerals, and Natural Resources Department, where she works on climate change mitigation, energy grid modernization, and resiliency planning. Under both names, she writes about border politics, rhetoric, propaganda, and the edges of the world.