in conversation with JONATHAN SARNA

Harvard Book Store's virtual event series welcomes editors BARBARA CANTALUPO and LORI HARRISON-KAHAN for a discussion of their co-edited edition of Emma Wolf's groundbreaking novel Heirs of Yesterday. They will be joined in conversation by JONATHAN SARNA, the Joseph H. & Belle R. Braun Professor of American Jewish History at Brandeis University and author of American Judaism: A History.

While payment is not required, we are suggesting a $5 contribution to support this author series, our staff, and the future of Harvard Book Store—a locally owned, independently run Cambridge institution. In addition, by purchasing a copy of Heirs of Yesterday on harvard.com, you support indie bookselling and the writing community during this difficult time.

About Heirs of Yesterday

Originally published in 1900 and set in fin-de-siècle California, Heirs of Yesterday by Emma Wolf (1865-1932) uses a love story to explore topics such as familial loyalty, the conflict between American individualism and ethno-religious heritage, and anti-Semitism in the United States. The introduction, co-authored by Barbara Cantalupo and Lori Harrison-Kahan, includes biographical background on Wolf based on new research and explores key literary, historical, and religious contexts for Heirs of Yesterday. It incorporates background on the rise of Reform Judaism and the late nineteenth-century Jewish community in San Francisco, while also considering Wolf's relationship to the broader literary movement of realism and to other writers of her time. As Cantalupo and Harrison-Kahan demonstrate, the publication history and reception of Heirs of Yesterday illuminate competing notions of Jewish American identity at the turn of the twentieth century.

Compared to the familiar ghetto tales penned by Yiddish-speaking, Eastern European immigrant writers, Heirs of Yesterday offers a very different narrative about turn-of-the-twentieth-century Jewish life in the United States. The novel's central characters, physician Philip May and pianist Jean Willard, are not striving immigrants in the process of learning English and becoming American. Instead, they are native-born citizens who live in the middle-class community of San Francisco's Pacific Heights, where they interact socially and professionally with their gentile peers.

Tailored for students, scholars, and readers of women's studies, Jewish studies, and American literature and history, this new edition of Heirs of Yesterday highlights the art, historical value, and controversial nature of Wolf's work.

Praise for Heirs of Yesterday

"This book returns to print a revealing novel by the foremost American Jewish woman novelist of her time, Emma Wolf. In their remarkable introduction, Cantalupo and Harrison-Kahan disclose new details concerning Wolf’s life and career in turn-of-the-century San Francisco, her creative circle of Jewish women friends, the subtle antisemitism that she experienced, and her complicated relationship with the men of the Jewish Publication Society. A wondrous contribution to early American Jewish literature." —Jonathan D. Sarna

"Cantalupo and Harrison-Kahan have crafted an impressive volume on the work and import of Emma Wolf. More than just an excellent description of Wolf’s contributions to literature, Heirs of Yesterday shows us the important intersections between gender, region, and history. Only a woman such as Emma Wolf, writing as she did during San Francisco’s early history, can offer us perspectives and understandings all too often missed in scholarly writing. The footnotes themselves offer an extraordinary tutorial for those interested in a nuanced understanding of Wolf’s extraordinary work." —Marc Dollinger, professor at San Francisco State University and author of Black Power, Jewish Politics: Reinventing the Alliance in the 1960s 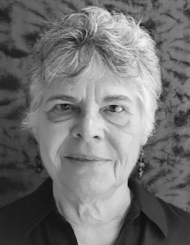 Barbara Cantalupo is professor Emerita of English at The Pennsylvania State University and editor of The Edgar Allan Poe Review. She is author of Edgar Allan Poe and the Visual Arts; editor of Other Things Being Equal by Emma Wolf (2002), Emma Wolf's Short Stories in The Smart Set, Poe's Persuasive Influence; and co-editor of Prospects for the Study of American Literature, Vol. II (2009). 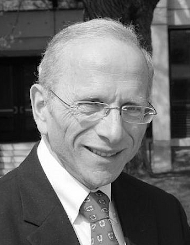 Jonathan D. Sarna is University Professor and the Joseph H. & Belle R. Braun Professor of American Jewish History at Brandeis University, where he directs its Schusterman Center for Israel Studies. Author or editor of more than thirty books on American Jewish history and life, his American Judaism: A History—recently published in a second edition—won six awards including the 2004 “Everett Jewish Book of the Year Award” from the Jewish Book Council. His most recent books are When General Grant Expelled the Jews, Lincoln & the Jews: A History (with Benjamin Shapell), and an edition of Cosella Wayne, by Cora Wilburn, the first (and hitherto unknown) American Jewish novel. 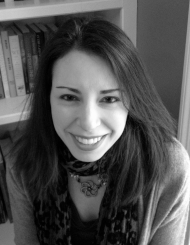 Lori Harrison-Kahan is the editor of The Superwoman and Other Writings by Miriam Michelson (2019) and co-editor of Heirs of Yesterday by Emma Wolf (2020). An associate professor of the practice of English at Boston College, she is also the author of The White Negress: Literature, Minstrelsy, and the Black-Jewish Imaginary (2011).