Six Walks:
In the Footsteps of
Henry David Thoreau

in conversation with NICK OFFERMAN

Harvard Book Store's virtual event series welcomes award-winning writer BEN SHATTUCK for a discussion of his book Six Walks: In the Footsteps of Henry David Thoreau. He will be joined in conversation by beloved actor and author NICK OFFERMAN.

While payment is not required, we are suggesting a $5 contribution to support this author series, our staff, and the future of Harvard Book Store—a locally owned, independently run Cambridge institution. In addition, by pre-ordering a copy of Six Walks on harvard.com, you support indie bookselling and the writing community during this difficult time.

On an autumn morning in 1849, Henry David Thoreau stepped out his front door to walk the beaches of Cape Cod. Over a century and a half later, Ben Shattuck does the same. With little more than a loaf of bread, brick of cheese, and a notebook, Shattuck sets out to retrace Thoreau’s path through the Cape’s outer beaches, from the elbow to Provincetown’s fingertip.

This is the first of six journeys taken by Shattuck, each one inspired by a walk once taken by Henry David Thoreau. After the Cape, Shattuck goes up Mount Katahdin and Mount Wachusett, down the coastline of his hometown, and then through the Allagash. Along the way, Shattuck encounters unexpected characters, landscapes, and stories, seeing for himself the restorative effects that walking can have on a dampened spirit. Over years of following Thoreau, Shattuck finds himself uncovering new insights about family, love, friendship, and fatherhood, and understanding more deeply the lessons walking can offer through life’s changing seasons.

Intimate, entertaining, and beautifully crafted, Six Walks is a resounding tribute to the ways walking in nature can inspire us all.

"By walking in Thoreau’s footsteps, Ben Shattuck ends up following the long trail left by wandering thinkers and writers like Rousseau, Muir, Walser, Benjamin, and Solnit. Along the way, Six Walks offers a moving meditation on nature and history―and what our precarious place between these two realms may be." ―Hernan Diaz, author of In the Distance

"Inspired by Thoreau, but soon onto something that is very much his own, Ben Shattuck takes us on a journey that bores into the history of both himself and his native New England. A book of loss and redemption, fear and fragile hope, Six Walks is rich, evocative, and like the boat gunwale that cuts off the tip of his finger, unexpectedly dangerous―in that best of Thoreauvian ways." ―Nathaniel Philbrick, author of In the Hurricane’s Eye

"Ben Shattuck asks of Thoreau ‘Why was it so comforting to read this antique account of winter and loss?’―and I felt the same about Shattuck’s book. A beautiful account of wandering through a season of illness and loss, and walking with Thoreau into the light." ―Casey Walker, author of Last Days in Shanghai 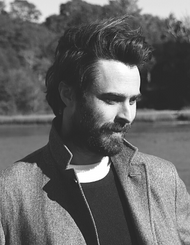 Ben Shattuck, a former Teaching-Writing Fellow and graduate of the Iowa Writers’ Workshop, is a recipient of the PEN/Robert J. Dau Short Story Prize and a 2019 Pushcart Prize. He is the director of the Cuttyhunk Island Writers’ Residency and curator of the Dedee Shattuck Gallery. His writing can be found in the Harvard Review, The Common, the Paris Review Daily, Lit Hub, and Kinfolk Magazine. He lives with his wife and daughter on the coast of Massachusetts, where he owns and runs a general store built in 1793. 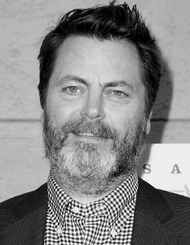 Nick Offerman is the New York Times bestselling author of Where the Deer and the Antelope Play, Paddle Your Own Canoe: One Man's Fundamentals for Delicious Living, Gumption: Relighting the Torch of Freedom with America's Gutsiest Troublemakers, and Good Clean Fun: Misadventures in Sawdust at Offerman Woodshop, as well as co-author of The Greatest Love Story Ever Told, with his wife, Megan Mullally. Nick and Megan live in Los Angeles, California.