Mergers and Acquisitions:
Or, Everything I Know About Love
I Learned on the Wedding Pages

in conversation with JENNIFER 8. LEE

Harvard Book Store's virtual event series welcomes CATE DOTY— writer and former editor at the New York Times—for a discussion of her debut memoir, Mergers and Acquisitions: Or, Everything I Know About Love I Learned on the Wedding Pages. She will be joined in conversation by celebrated journalist and documentary producer JENNIFER 8. LEE.

While payment is not required, we are suggesting a $5 contribution to support this author series, our staff, and the future of Harvard Book Store—a locally owned, independently run Cambridge institution. In addition, by purchasing a copy of Mergers and Acquisitions on harvard.com, you support indie bookselling and the writing community during this difficult time.

About Mergers and Acquisitions

Growing up in the south, where tradition reigns supreme, Cate Doty thought about weddings . . . a lot. She catered for them, she attended many, she imagined her own. So, when she moved to New York City in pursuit of love—and to write for the New York Times—she finds her natural home in the wedding section, a first step to her own happily-ever-after, surely. Soon Cate is thrown into the cutthroat world of the metropolitan society pages, experiencing the lengths couples go to have their announcements accepted and the lengths the writers go in fact-checking their stories; the surprising, status-signaling details that matter most to brides and grooms; and the politics of the paper at a time of vast cultural and industry changes.

Reporting weekly on couples whose relationships seem enviable—or eye-roll worthy—and dealing with WASPy grandparents and last-minute snafus, Cate is surrounded by love, or what we're told to believe is love. But when she starts to take the leap herself, she begins to ask her own questions about what it means to truly commit . . .

Warm, witty, and keenly observed, Mergers and Acquisitions is an enthralling dive into one of society's most esteemed institutions, its creators and subjects, and a young woman's coming-of-age.

Praise for Mergers and Acquisitions

“In a compelling memoir, Cate Doty offers us a rare, insider look into the hermetically sealed decision-making process that so much of the world obsesses over—the wedding announcements of the New York Times and who gets in and why or why not. While inspiring us with the sweetness of her own journey in finding love, Mergers and Acquisitions also reveals the storybook weddings may not be as picture-perfect as the photos that accompany them." —Jennifer 8. Lee, author of The Fortune Cookie Chronicles

“Anyone who enjoys ogling the love lives of couples featured in the newspaper (guilty!) won’t be able to put down this entertaining, behind-the-scenes expose, which examines the drive to have nuptials announced and how it says as much about privilege as it does about true love." —Kate Bolick, bestselling author of Spinster: Making a Life of One’s Own

"I tore through Cate Doty's book, which is equal parts charming, addictive, funny, and poignant. Doty's stories about working at the New York Times, brilliantly intertwined with her personal experiences with love, lift the veil (pun intended) on both high society and the human condition." —Amy Odell, author of Tales from the Back Row: An Outsider's View from Inside the Fashion Industry 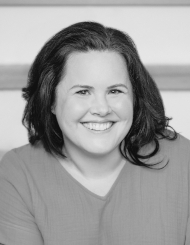 Cate Doty is a writer and a former editor at the New York Times, where she worked for nearly 15 years, including as a wedding announcements writer, presidential campaign reporter, and a senior staff editor on the Food desk. She teaches journalism at the University of North Carolina at Chapel Hill, from which she graduated, and lives in North Carolina with her family. 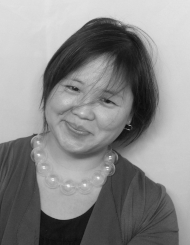 Jennifer 8. Lee is an emoji activist, documentary producer and CEO of Plympton, a literary studio that works on innovative publishing projects. A former New York Times reporter, Jenny produced The Search for General Tso and The Emoji Story, both documentaries which premiered at the Tribeca Film Festival. She was also an executive producer for The Price, which premiered at SXSW, and an associate producer for Give Me Liberty and the Emmy-winning Chasing Coral, both of which premiered at Sundance. She co-chairs the World Economic Forum Global Future Council on Media, Entertainment and Sport.