Group:
How One Therapist and a Circle of Strangers Saved My Life

in conversation with SARAH HEPOLA

Harvard Book Store's virtual event series welcomes acclaimed essayist CHRISTIE TATE for a discussion of her debut memoir, Group: How One Therapist and a Circle of Strangers Saved My Life. She will be joined in conversation by SARAH HEPOLA, author of the bestselling memoir, Blackout: Remembering the Things I Drank to Forget.

While payment is not required, we are suggesting a $3 contribution to support this author series, our staff, and the future of Harvard Book Store—a locally owned, independently run Cambridge institution. In addition, by purchasing a copy of Group on harvard.com, you support indie bookselling and the writing community during this difficult time.

Christie Tate had just been named the top student in her law school class and finally had her eating disorder under control. Why then was she driving through Chicago fantasizing about her own death? Why was she envisioning putting an end to the isolation and sadness that still plagued her in spite of her achievements?

Enter Dr. Rosen, a therapist who calmly assures her that if she joins one of his psychotherapy groups, he can transform her life. All she has to do is show up and be honest. About everything—her eating habits, childhood, sexual history, etc. Christie is skeptical, insisting that that she is defective, beyond cure. But Dr. Rosen issues a nine-word prescription that will change everything: “You don’t need a cure, you need a witness.”

So begins her entry into the strange, terrifying, and ultimately life-changing world of group therapy. Christie is initially put off by Dr. Rosen’s outlandish directives, but as her defenses break down and she comes to trust Dr. Rosen and to depend on the sessions and the prescribed nightly phone calls with various group members, she begins to understand what it means to connect.

Group is a deliciously addictive read, and with Christie as our guide—skeptical of her own capacity for connection and intimacy, but hopeful in spite of herself—we are given a front row seat to the daring, exhilarating, painful, and hilarious journey that is group therapy—an under-explored process that breaks you down, and then reassembles you so that all the pieces finally fit.

"It takes courage to bare your soul in front of a therapist, but when you add six strangers to the mix, it becomes an act of faith. In Group, Christie Tate takes us on a journey that's heartbreaking and hilarious, surprising and redemptive—and, ultimately, a testament to the power of connection. Perhaps the greatest act of bravery is that Tate shared her story with us, and how lucky we are that she did." —Lori Gottlieb, New York Times bestselling author of Maybe You Should Talk to Someone

“Eugene Onegin made me want to move to Russia and Little Women made me want to have sisters. Group made me want to rewind a decade, sit with a number of strangers and one shamanic doctor, strip down and survive. This unrestrained memoir is a transporting experience and one of the most startlingly hopeful books I have ever read. It will make you want to get better, whatever better means for you." —Lisa Taddeo, New York Times bestselling author of Three Women

"Group sucked me in and never let go. Real transformation is not for the faint of heart, and in these pages Christie Tate captures her evolution in all its misery and hilarity, along with the beauty of bearing witness to one another as we grow. Group reminds us that we are hurt by other people, but we can be healed by them too. Damn, I want to join a group now." —Sarah Hepola, New York Times bestselling author of Blackout: Remembering the Things I Drank to Forget 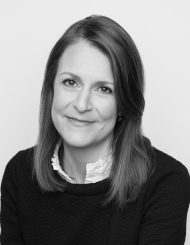 Christie Tate is a Chicago-based writer and essayist. She has been published in the New York Times (Modern Love), The Rumpus, the Washington Post, Chicago Tribune, McSweeney’s Internet Tendency, Eastern Iowa Review, and elsewhere. Kiese Laymon selected her essay, “Promised Lands,” as the winner of the New Ohio Review’s nonfiction contest, which was published this fall.

Sarah Hepola is the author of the bestselling Blackout and the upcoming Unattached. Her essays have appeared in the New York Times magazine, Texas Monthly, Elle, Bloomberg Businessweek, The Guardian, Slate, and Salon, where she was a longtime editor.