Denaturalized:
How Thousands Lost Their Citizenship and Lives in Vichy France

in conversation with JOY DE MENIL

Harvard Book Store's virtual event series welcomes CLAIRE ZALC—award-winning historian and Director of the Institute of Modern and Contemporary History at the École normale supérieure—for a discussion of her latest book, Denaturalized: How Thousands Lost Their Citizenship and Lives in Vichy France. She will be joined in conversation by JOY DE MENIL, executive editor and director of Belknap Publishing.

While payment is not required, we are suggesting a $3 contribution to support this author series, our staff, and the future of Harvard Book Store—a locally owned, independently run Cambridge institution. In addition, by purchasing a copy of Denaturalized on harvard.com, you support indie bookselling and the writing community during this difficult time.

Thousands of naturalized French men and women had their citizenship revoked by the Vichy government during the Second World War. Once denaturalized, these men and women, mostly Jews who were later sent to concentration camps, ceased being French on official records and walked off the pages of history. As a result, we have for decades severely underestimated the number of French Jews murdered by Nazis during the Holocaust. In Denaturalized, Claire Zalc unearths this tragic record and rewrites World War II history.

At its core, this is a detective story. How do we trace a citizen made alien by the law? How do we solve a murder when the body has vanished? Faced with the absence of straightforward evidence, Zalc turned to the original naturalization papers in order to uncover how denaturalization later occurred. She discovered that, in many cases, the very officials who granted citizenship to foreigners before 1940 were the ones who retracted it under Vichy rule.

The idea of citizenship has always existed alongside the threat of its revocation, and this is especially true for those who are naturalized citizens of a modern state. At a time when the status of millions of naturalized citizens in the United States and around the world is under greater scrutiny, Denaturalized turns our attention to the precariousness of the naturalized experience—the darkness that can befall those who suddenly find themselves legally cast out.

“Claire Zalc’s book is an important and original contribution to the history of Occupied France. It examines one of the key organisms of xenophobic persecution and discrimination set up by France’s collaborating Vichy regime: the Commission for the Review of Naturalizations. Since the archives of that body have disappeared her work is a brilliant piece of historical detective work which situates the work of the Commission within the wider anti-Semitic policies of the Vichy regime. Her book not only analyzes the workings of an institution but recovers the stories of individuals whose lives were destroyed by it.” —Julian Jackson, author of De Gaulle

“Some 15,000 newly naturalized people were stripped of their French citizenship by the Vichy administration during the Nazi occupation of France; many of the Jews among them were then deported to their deaths. Here, Claire Zalc ingeniously unravels the mechanism of ‘denaturalization’ and gives us vivid portraits of both perpetrators and victims.” —Robert O. Paxton, author of The Anatomy of Fascism

“During World War II the experience of denaturalization was akin to a death sentence for many Jews. Some were already at Auschwitz when their citizenship was revoked. For others this change in legal status sealed their fate. Zalc’s eye-opening book invites us to consider the true nature and fragility of national identity. At a time when a global crisis is forcing many of us to return to our country of origin, this is a book of great civic and political relevance.” —Annette Wieviorka, author of The Era of the Witness 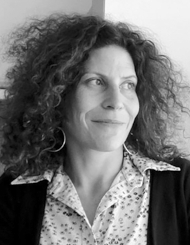 Prizewinning historian Claire Zalc is Professor at the École des hautes études en sciences sociales, Research Director at the Centre national de la recherche scientifique, and Director of the Institute of Modern and Contemporary History at the École normale supérieure. 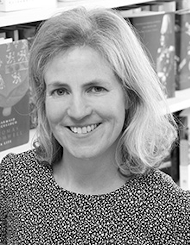 Joy de Menil is the executive editor and director of Belknap Publishing, an imprint of Harvard University Press. She previously worked as a trade publisher at Random House and Viking Penguin, where she published many award-winning books including: Andrew Roberts’s Churchill and Napoleon, Diarmaid MacCulloch’s Christianity and Thomas Cromwell, Neil MacGregor’s A History of the World in 100 Objects, Sonia Purnell’s Clementine, Megan McArdle’s The Up Side of Down, Margaret MacMillan’s Paris 1919, Azar Nafisi’s Reading Lolita in Tehran, among others.