The Education Trap:
Schools and the Remaking of Inequality in Boston

in conversation with NICK JURAVICH

Harvard Book Store's virtual event series welcomes CRISTINA GROEGER—assistant professor of History at Lake Forest College—for a discussion of her book The Education Trap: Schools and the Remaking of Inequality in Boston. She will be joined in conversation by NICK JURAVICH, assistant professor of History and Labor Studies and the Associate Director of the Labor Resource Center at UMass Boston.

While payment is not required, we are suggesting a $3 contribution to support this author series, our staff, and the future of Harvard Book Store—a locally owned, independently run Cambridge institution. In addition, by purchasing a copy of The Education Trap on harvard.com, you support indie bookselling and the writing community during this difficult time.

About The Education Trap

For generations, Americans have looked to education as the solution to economic disadvantage. Yet, although more people are earning degrees, the gap between rich and poor is widening. Cristina Groeger delves into the history of this seeming contradiction, explaining how education came to be seen as a panacea even as it paved the way for deepening inequality.

The Education Trap returns to the first decades of the twentieth century, when Americans were grappling with the unprecedented inequities of the Gilded Age. Groeger’s test case is the city of Boston, which spent heavily on public schools. She examines how workplaces came to depend on an army of white-collar staff, largely women and second-generation immigrants, trained in secondary schools. But Groeger finds that the shift to more educated labor had negative consequences—both intended and unintended—for many workers. Employers supported training in schools in order to undermine the influence of craft unions, and so shift workplace power toward management. And advanced educational credentials became a means of controlling access to high-paying professional and business jobs, concentrating power and wealth. Formal education thus became a central force in maintaining inequality.

The idea that more education should be the primary means of reducing inequality may be appealing to politicians and voters, but Groeger warns that it may be a dangerous policy trap. If we want a more equitable society, we should not just prescribe more time in the classroom, but fight for justice in the workplace.

Praise for The Education Trap

“Does education always bring more equality? Not necessarily: sometimes education is used to legitimize unfair inequality in pay and power and to promote a pseudomeritocratic and deeply inegalitarian ideology. By looking at early-twentieth-century Boston, this fascinating book teaches a lesson about today: a more equitable society requires a fight for justice, not only in education, but in the workplace and in the tax system." —Thomas Piketty, author of Capital in the Twenty-First Century

“Challenging conventional wisdom, Cristina Groeger shows how increased educational opportunities can reinforce inequality when political and social elites deploy credentialism to generate new occupational hierarchies based on gender, race, ethnicity, class, and citizenship. Her probe of Boston a century ago uncovers the deeper historical roots of the ‘education trap.’” —Eileen Boris, author of Making the Woman Worker: Precarious Labor and the Fight for Global Standards, 1919–2019

“Groeger challenges America’s central myth that education can substantially counteract social and economic inequality. This subtle, finely grained analysis of Boston schools and economic development from the Gilded Age to World War II offers a provocative rereading of social class, technological innovation, and racial and gender differentiation in the nation’s public and private classrooms.” —Leon Fink, author of The Long Gilded Age: American Capitalism and the Lessons of a New World Order 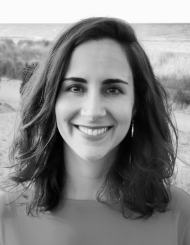 Cristina Groeger is an Assistant Professor of History at Lake Forest College. Her research on education, work, and inequality in the modern United States has been funded by the National Academy of Education and Spencer Foundation. She grew up in Cambridge, MA and graduated from Cambridge Rindge and Latin before attending Harvard for her AB (2008) and PhD (2017). She now lives in Chicago, IL. 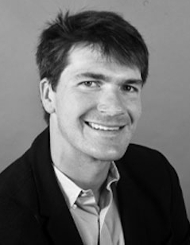 Nick Juravich is Assistant Professor of History and Labor Studies and the Associate Director of the Labor Resource Center at UMass Boston. His research is focused on the history of public education, community organizing, and public-sector unions in U.S. cities in the 20th century. His first book, The Work of Education: Community-Based Educators in Schools, Freedom Struggles, and the Labor Movement (forthcoming from Illinois Press) is a study of paraprofessional educators and their struggles for jobs and freedom in urban public schools.