in conversation with JENNIFER HOCHSCHILD

Harvard Book Store's virtual event series welcomes DANIEL CARPENTER—the Allie S. Freed Professor of Government at Harvard University—for a discussion of his latest book, Democracy by Petition: Popular Politics in Transformation, 1790–1870. He will be joined in conversation by JENNIFER HOCHSCHILD, the Henry LaBarre Jayne Professor of Government and African and African American Studies at Harvard University and author of Genomic Politics.

While payment is not required, we are suggesting a $5 contribution to support this author series, our staff, and the future of Harvard Book Store—a locally owned, independently run Cambridge institution. In addition, by purchasing a copy of Democracy by Petition on harvard.com, you support indie bookselling and the writing community during this difficult time.

About Democracy by Petition

Known as the age of democracy, the nineteenth century witnessed the extension of the franchise and the rise of party politics. As Daniel Carpenter shows, however, democracy in America emerged not merely through elections and parties, but through the transformation of an ancient political tool: the petition. A statement of grievance accompanied by a list of signatures, the petition afforded women and men excluded from formal politics the chance to make their voices heard and to reshape the landscape of political possibility.

Democracy by Petition traces the explosion and expansion of petitioning across the North American continent. Indigenous tribes in Canada, free Blacks from Boston to the British West Indies, Irish canal workers in Indiana, and Hispanic settlers in territorial New Mexico all used petitions to make claims on those in power. Petitions facilitated the extension of suffrage, the decline of feudal land tenure, and advances in liberty for women, African Americans, and Indigenous peoples. Even where petitioners failed in their immediate aims, their campaigns advanced democracy by setting agendas, recruiting people into political causes, and fostering aspirations of equality. Far more than periodic elections, petitions provided an everyday current of communication between officeholders and the people.

The coming of democracy in America owes much to the unprecedented energy with which the petition was employed in the antebellum period. By uncovering this neglected yet vital strand of nineteenth-century life, Democracy by Petition will forever change how we understand our political history.

Praise for Democracy by Petition

“A tour de force of prodigious research and muscular analysis. Carpenter persuasively demonstrates that petitions were critical to the process of democratization in nineteenth-century North America. Along the way, he sheds new light on a wide range of issues and episodes, many of which have previously escaped the notice of historians and political scientists. The book, quite simply, is eye-opening.” —Alexander Keyssar, author of Why Do We Still Have the Electoral College?

“In this landmark book, Daniel Carpenter demonstrates the essential role that petitioning has played in the politics of democratization. Drawing upon a massive data collection effort and deep archival research, Carpenter offers a new way of thinking about how the dialogue between government and citizens shapes political development.” —Eric Schickler, author of Racial Realignment: The Transformation of American Liberalism, 1932–1965

“An astonishing piece of scholarship, such as comes along once in a generation. Democracy by Petition urges us to reconsider what democracy is, how it extends beyond electoral politics, and how governance in North America actually works.” —Richard White, author of The Republic for Which It Stands: The United States during Reconstruction and the Gilded Age, 1865–1896 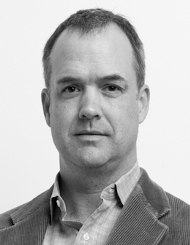 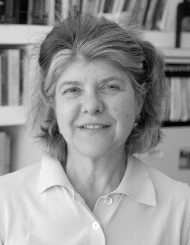 Jennifer Hochschild is Henry LaBarre Jayne Professor of Government as well as African and African American Studies at Harvard University and a former President of the American Political Science Association. Hochschild is the author or co-author of numerous books, including recently, Do Facts Matter? (co-authored with Katherine Levine Einstein), Creating a New Racial Order (co-authored with Vesla Weaver and Traci Burch), and Bringing Outsiders In (co-edited with John Mollenkopf). She is also the author of The American Dream and the Public Schools (co-authored with Nathan Scovronick), and other books.