Footprints:
In Search of Future Fossils

The Good Ancestor:
A Radical Prescription for Long-Term Thinking

While payment is not required, we are suggesting a $3 contribution to support this author series, our staff, and the future of Harvard Book Store—a locally owned, independently run Cambridge institution. In addition, by purchasing a copies of Footprints and The Good Ancestor on harvard.com, you support indie bookselling and the writing community during this difficult time.

What will the world look like in ten thousand years―or ten million? What kinds of stories will be told about us?

In Footprints: In Search of Future Fossils, the award-winning author David Farrier explores the traces we will leave for the very distant future. Modern civilization has created objects and landscapes with the potential to endure through deep time, whether it is plastic polluting the oceans and nuclear waste sealed within the earth or the 30 million miles of roads spanning the planet. Our carbon could linger in the atmosphere for 100,000 years, and the remains of our cities will still exist millions of years from now as a layer in the rock. These future fossils have the potential to reveal much about how we lived in the twenty-first century.

Crossing the boundaries of literature, art, and science, Footprints invites us to think about how we will be remembered in the myths and stories of our distant descendants. Traveling from the Baltic Sea to the Great Barrier Reef, and from an ice-core laboratory in Tasmania to Shanghai, one of the world’s biggest cities, Farrier describes a world that is changing rapidly, with consequences beyond the scope of human understanding. As much a message of hope as a warning, Footprints will not only alter how you think about the future; it will change how you see the world today.

About The Good Ancestor

The most important question we must ask ourselves is, “Are we being good ancestors?”

So said Jonas Salk, who developed the polio vaccine in 1953 but refused to patent it—forgoing profit so that more lives could be saved.

Salk’s radical generosity to future generations should inspire us. But when leading philosopher Roman Krznaric examines society today, he sees just the opposite: Our short term, exploitative mindsets have “colonized the future.” Businesses eschew civic responsibility for immediate gains, politicians throw their support behind whatever will win the next election, and we all struggle to focus our attention beyond the next alert from our phones. The result? An inexcusable chasm between the haves and have-nots—and mounting existential threats—have brought our species to the precipice of disaster.

Yet Krznaric sees reason to hope. Yes, the urgent struggle for intergenerational justice calls for hugely ambitious solutions, from rewiring our growth-at-all-costs economy to giving voters of future generations a voice in our democracies. But at the heart of all these changes is one we can enact within ourselves: We must trade shortsightedness for long-term thinking.

In The Good Ancestor, Krznaric reveals six practical ways we can retrain our brains to think of the long view, including Deep-Time Humility (recognizing our lives as a cosmic eyeblink) and Cathedral Thinking (starting projects that will take more than one lifetime to complete). His aim is to inspire more “time rebels” like Greta Thunberg—to shift our allegiance from this generation to all humanity—in short, to save our planet and our future.

“Darkly, exquisitely, oh-so-carefully, David Farrier lays out the future we can see from here: the ice singing its own dissolution, the plastic without a memory that will last for eternity, the deepest ocean and the highest air which will remember our carbon traces millions of years to come. Farrier is an exacting dissector of human culture and natural history; his book is a brilliant and surprising beautiful requiem for what we have lost, but also, crucially, what we might save from the wreckage.” —Philip Hoare, author of Risingtidefallingstar

“[A] literary work of quiet grace . . . A moving work, and a call to think beyond our own lives to the persistence of the damage we are doing today . . . Maybe those future generations will somehow find a copy of this book, preserved against all odds when our bridges have fallen but the plastic from our soda bottles still mars the seas. If so, and if they can read it, they will know: Some of us wanted to try to be better.” —John Schwartz, Undark

Praise for The Good Ancestor

“The individualistic philosophies of the last century have generated huge concentrations of wealth—but at the same time put us on the road to social, political, and environmental collapse. This clear-sighted and inspiring book suggests a different view of who humans are and what they really value—and a number of ways off that lethal road. It’s a must-read for anyone who’s looking for the good news.” —musician and composer Brian Eno

“Roman Krznaric passionately argues that thinking long term would bring untold benefits and may very well be vital to our survival as a species. Lose yourself in these pages, expand your time horizons, and reimagine your relationship to time, to the future, to activism.”—Rob Hopkins, founder of the Transition Town movement and author of From What Is to What If 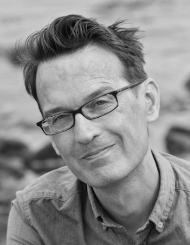 David Farrier teaches at the University of Edinburgh. In 2017, Footprints won the Royal Society of Literature's Giles St Aubyn Award for Non-Fiction. He lives in Edinburgh, Scotland. 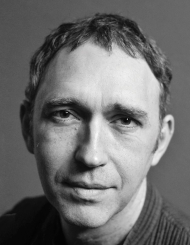 Roman Krznaric is a public philosopher who writes about the power of ideas to change society. His books include Empathy, The Wonderbox, and Carpe Diem Regained, and have been published in more than twenty languages. He studied at the universities of Oxford, London, and Essex, where he received his PhD. He is a founding faculty member of The School of Life and is based in the UK.