in conversation with PAUL BLOOM

Harvard Book Store's virtual event series welcomes DAVID LIVINGSTONE SMITH—professor of philosophy at the University of New England and the award-winning author of Less Than Human: Why We Demean, Enslave and Exterminate Others—for a discussion of his latest book, Making Monsters: The Uncanny Power of Dehumanization. He will be joined in conversation by PAUL BLOOM, the Brooks and Suzanne Ragen Professor of Psychology and Cognitive Science at Yale University and author of Against Empathy.

While payment is not required, we are suggesting a $5 contribution to support this author series, our staff, and the future of Harvard Book Store—a locally owned, independently run Cambridge institution. In addition, by purchasing a copy of Making Monsters on harvard.com, you support indie bookselling and the writing community during this difficult time.

“I wouldn’t have accepted that they were human beings. You would see an infant who’s just learning to smile, and it smiles at you, but you still kill it.” So a Hutu man explained to an incredulous researcher, when asked to recall how he felt slaughtering Tutsis in Rwanda in 1994. Such statements are shocking, yet we recognize them; we hear their echoes in accounts of genocides, massacres, and pogroms throughout history. How do some people come to believe that their enemies are monsters, and therefore easy to kill?

In Making Monsters, David Livingstone Smith offers a poignant meditation on the philosophical and psychological roots of dehumanization. Drawing on harrowing accounts of lynchings, Smith establishes what dehumanization is and what it isn’t. When we dehumanize our enemy, we hold two incongruous beliefs at the same time: we believe our enemy is at once subhuman and fully human. To call someone a monster, then, is not merely a resort to metaphor—dehumanization really does happen in our minds. Turning to an abundance of historical examples, Smith explores the relationship between dehumanization and racism, the psychology of hierarchy, what it means to regard others as human beings, and why dehumanizing others transforms them into something so terrifying that they must be destroyed.

Meticulous but highly readable, Making Monsters suggests that the process of dehumanization is deeply seated in our psychology. It is precisely because we are all human that we are vulnerable to the manipulations of those trading in the politics of demonization and violence.

“No one is doing better work on the psychology of dehumanization than David Livingstone Smith, and he brings to bear an impressive depth and breadth of knowledge in psychology, philosophy, history, and anthropology. Making Monsters is a landmark achievement which will frame all future work on the psychology of dehumanization.” —Eric Schwitzgebel, author of A Theory of Jerks and Other Philosophical Misadventures

“A fascinating and rich book that combines philosophical and historical sophistication. Even—indeed especially—those who disagree markedly with Smith’s views about dehumanization, like me, will benefit from wrestling with his lucid, important arguments.” —Kate Manne, author of Entitled: How Male Privilege Hurts Women

“Making Monsters is a wonderful book in so many ways. It is thoughtful, scholarly, and accessible, comprehensive and compelling—a tremendous accomplishment that will enrich our understanding of some of the darker part of our human condition.” —Lori Gruen, author of Entangled Empathy 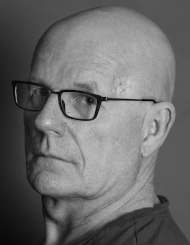 David Livingstone Smith is Professor of Philosophy at the University of New England. His book Less Than Human: Why We Demean, Enslave and Exterminate Others (St. Martin's Press, 2011) won the 2012 Anisfield-Wolf award for nonfiction, an award reserved for books that made important contributions to our understanding of racism and human diversity. His work has been featured in prime-time television documentaries, is often interviewed and cited in the national and international media, and was a guest presenter at the 2012 G20 economic summit, where he spoke about dehumanization and mass violence. 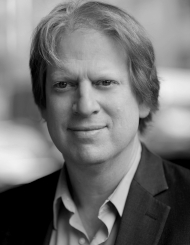 Paul Bloom is Professor of Psychology at University of Toronto, and the Brooks and Suzanne Ragen Professor Emeritus of Psychology at Yale University. His research explores the psychology of morality, identity, and pleasure. Bloom is the recipient of multiple awards and honors, including, most recently, the million-dollar Klaus J. Jacobs Research Prize. He has written for scientific journals such as Nature and Science, and for the New York Times, the New Yorker, and the Atlantic Monthly. He is the author or editor of eight books, including Just Babies, How Pleasure Works, Descartes’ Baby, and, most recently, Against Empathy.