To Make Their Own Way in the World:
The Enduring Legacy of the Zealy Daguerreotypes

Harvard Book Store's virtual event series welcomes DEBORAH WILLIS, JOHN STAUFFER, and SARAH LEWIS—leading experts on the visual record of African American history—for a discussion of their book To Make Their Own Way in the World: The Enduring Legacy of the Zealy Daguerreotypes. Their conversation will be moderated by ILISA BARBASH, the book's co-editor and a curator of visual anthropology at Harvard’s Peabody Museum of Archaeology and Ethnology.

While payment is not required, we are suggesting a $3 contribution to support this author series, our staff, and the future of Harvard Book Store—a locally owned, independently run Cambridge institution. In addition, by purchasing a copy of To Make Their Own Way in the World on harvard.com, you support indie bookselling and the writing community during this difficult time.

About To Make Their Own Way in the World

To Make Their Own Way in the World is a profound consideration of some of the most challenging images in the history of photography: fifteen daguerreotypes of Alfred, Delia, Drana, Fassena, Jack, Jem, and Renty—men and women of African descent who were enslaved in South Carolina.

Photographed by Joseph T. Zealy for Harvard professor Louis Agassiz in 1850, they were rediscovered at Harvard’s Peabody Museum in 1976. This groundbreaking multidisciplinary volume features essays by prominent scholars who explore such topics as the identities of the people depicted in the daguerreotypes, the close relationship between photography and race, and visual narratives of slavery and its lasting effects. With over two hundred illustrations, including new photography by Carrie Mae Weems, this book frames the Zealy daguerreotypes as works of urgent engagement. 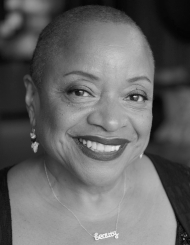 Deborah Willis, Ph.D, is University Professor and Chair of the Department of Photography & Imaging at the Tisch School of the Arts at New York University and has an affiliated appointment with the College of Arts and Sciences, Department of Social & Cultural Analysis, Africana Studies, where she teaches courses on Photography & Imaging, iconicity, and cultural histories visualizing the black body, women, and gender. She has received both a MacArthur Fellowship and a Guggenheim Fellowship. Willis is the author of many books, including: Posing Beauty: African American Images from the 1890s to the Present; The Black Female Body A Photographic History; Envisioning Emancipation: Black Americans and the End of Slavery; and Michelle Obama: The First Lady in Photographs. Professor Willis’s curated exhibitions include: "In Pursuit of Beauty" at Express Newark; "Let Your Motto Be Resistance: African American Portraits” at the International Center of Photography and "Reframing Beauty: Intimate Moments" at Indiana University. 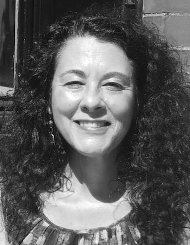 Ilisa Barbash is curator of visual anthropology at Harvard’s Peabody Museum of Archaeology and Ethnology. She co-directed the films In and Out of Africa and the award-winning Sweetgrass. She co-wrote Cross-Cultural Filmmaking: A Handbook for Making Documentary and Ethnographic Films and Video and co-edited The Cinema of Robert Gardner. Barbash’s book Where the Roads All End: Photography and Anthropology in the Kalahari was the recipient of the Society for Visual Anthropology’s 2017 John Collier Junior Award for visual excellence in the use of still photography. 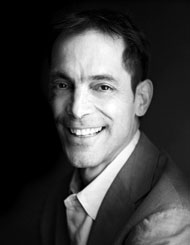 John Stauffer is the Kates Professor of English and of African and African American Studies at Harvard University. He is the author or editor of 20 books and over 100 articles, including Giants: The Parallel Lives of Frederick Douglass and Abraham Lincoln, a national bestseller; and the award-winning Black Hearts of Men and Picturing Frederick Douglass. His essays and reviews have appeared in Time, Wall Street Journal, New York Times, Washington Post, and in exhibition catalogs, journals, and books. 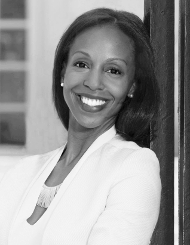 Sarah Elizabeth Lewis is an associate professor at Harvard University in the Department of History of Art and Architecture and the Department of African and African American Studies. She is the founder of the Vision and Justice Project. Lewis has published essays on race, contemporary art, and culture, with forthcoming publications including a book on race, whiteness, and photography (Harvard University Press, 2021), Vision and Justice (Random House), an anthology on the work of Carrie Mae Weems (MIT Press, 2021), and an article focusing on the groundwork of contemporary arts in the context of Stand Your Ground Laws (Art Journal, Winter 2020). In 2019, she became the inaugural recipient of the Freedom Scholar Award, presented by The Association for the Study of African American Life and History to honor Lewis for her body of work and its “direct positive impact on the life of African-Americans.”