What Stars Are Made Of:
The Life of Cecilia Payne-Gaposchkin

Harvard Book Store's virtual event series welcomes writer and former television reporter and producer DONOVAN MOORE for a discussion of his book What Stars Are Made Of: The Life of Cecilia Payne-Gaposchkin.

While payment is not required, we are suggesting a $3 contribution to support this author series, our staff, and the future of Harvard Book Store—a locally owned, independently run Cambridge institution. In addition, by purchasing a copy of What Stars Are Made Of on harvard.com, you support indie bookselling and the writing community during this difficult time.

About What Stars Are Made Of

It was not easy being a woman of ambition in early twentieth-century England, much less one who wished to be a scientist. Cecilia Payne-Gaposchkin overcame prodigious obstacles to become a woman of many firsts: the first to receive a PhD in astronomy from Radcliffe College, the first promoted to full professor at Harvard, the first to head a department there. And, in what has been called “the most brilliant PhD thesis ever written in astronomy,” she was the first to describe what stars are made of.

Payne-Gaposchkin lived in a society that did not know what to make of a determined schoolgirl who wanted to know everything. She was derided in college and refused a degree. As a graduate student, she faced formidable skepticism. Revolutionary ideas rarely enjoy instantaneous acceptance, but the learned men of the astronomical community found hers especially hard to take seriously. Though welcomed at the Harvard College Observatory, she worked for years without recognition or status. Still, she accomplished what every scientist yearns for: discovery. She revealed the atomic composition of stars―only to be told that her conclusions were wrong by the very man who would later show her to be correct.

In What Stars Are Made Of, Donovan Moore brings this remarkable woman to life through extensive archival research, family interviews, and photographs. Moore retraces Payne-Gaposchkin’s steps with visits to cramped observatories and nighttime bicycle rides through the streets of Cambridge, England. The result is a story of devotion and tenacity that speaks powerfully to our own time.

Praise for What Stars Are Made Of

“The first full-length biography, a beautifully written and well-researched study. Handling the science with a light but deft touch, Moore primarily focuses on this astronomer’s personal life, the office politics, and the struggles one woman of science faced in the first half of the 20th century.” —Marcia Bartusiak, Wall Street Journal

“Payne-Gaposchkin pounded on astronomy’s glass ceiling, and she was the first to put major cracks in it. But in many places, the ceiling was impervious to her effort and intellect. She deserves more praise for her accomplishments than she has received . . . Fortunately, Moore’s new biography of this brilliant scientist is a must-read.” ―David A. Weintraub, Physics Today

“Male astronomers often achieve a popular fame that eluded one of the field’s most distinguished women: Cecilia Payne-Gaposchkin. That should be remedied by Donovan Moore’s engaging and accessible biography. It skillfully opens up Payne’s achievements and adventures by setting them in the global village of astronomy . . . Moore illuminates Payne’s development into a remarkable scientist.” —Giuseppina Fabbiano, Nature 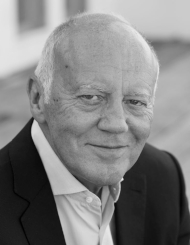 Donovan Moore has written for numerous newspapers and magazines, including the Boston Globe and Rolling Stone, and has worked as a television reporter and producer.