in conversation with SONYA LARSON

Harvard Book Store's virtual event series welcomes noted diversity consultant E. DOLORES JOHNSON for a discussion of her memoir Say I'm Dead: A Family Memoir of Race, Secrets, and Love. She will be joined in conversation by author and Director of GrubStreet's Muse and the Marketplace writing conference SONYA LARSON.

While payment is not required, we are suggesting a $3 contribution to support this author series, our staff, and the future of Harvard Book Store—a locally owned, independently run Cambridge institution. In addition, by purchasing a copy of Say I'm Dead on harvard.com, you support indie bookselling and the writing community during this difficult time.

When Johnson was born, social norms and her government-issued birth certificate said she was Negro, nullifying her mother’s white blood in her identity. Later, as a Harvard-educated business executive feeling too far from her black roots, she searched her father’s black genealogy. But in the process, Johnson suddenly realized that her mother’s whole white family was—and always had been—missing. When she began to pry, her mother’s 36-year-old secret spilled out. Her mother had simply vanished from Indiana, evading an FBI and police search that had ended with the conclusion that she had been the victim of foul play.

"Powerfully important and deeply moving, Say I’m Dead is a story of race, family, and identity. Dolores Johnson is the daughter of a black man and a white woman—but how and why it took her years to realize that, and to unearth the secrets that defined her family along the way, testifies to the complicated history of race relations in America. Johnson lived the changes our country has gone through and continues to wrestle with, and her story will both inspire and educate.” —Alexandria Marzano-Lesnevich, author of The Fact of a Body: A Murder and a Memoir 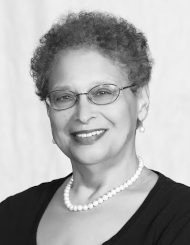 E. Dolores Johnson has consulted on diversity for think tanks, universities, major corporations and nonprofits and has served as a panelist for the Harvard Faculty Seminar on Inter-racialism. Johnson is a former Fortune 500 marketing vice president who later oversaw the digitization of John F. Kennedy's presidential papers. She holds an MBA from Harvard Business School and a BA from Howard University. She lives in Boston, Massachusetts. 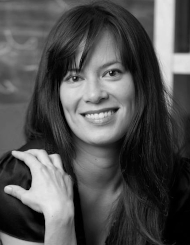 Sonya Larson is Director of GrubStreet‘s Muse and the Marketplace writing conference, and is an organizer the Boston Writers of Color Group. She received her MFA in fiction from the Program for Writers at Warren Wilson College. Her short fiction and essays have appeared in Best American Short Stories, American Short Fiction, American Literary Review, Poets & Writers, and more. She lives in Somerville, MA.