100% Democracy:
The Case for Universal Voting

Harvard Book Store's virtual event series welcomes professors E.J. DIONNE and MILES RAPOPORT for a discussion of their book 100% Democracy: The Case for Universal Voting. Their discussion will be moderated by American activist MARIA TERESA KUMAR.

While payment is not required, we are suggesting a $5 contribution to support this author series, our staff, and the future of Harvard Book Store—a locally owned, independently run Cambridge institution. In addition, by pre-ordering a copy of 100% Democracy on harvard.com, you support indie bookselling and the writing community during this difficult time.

Americans are required to pay taxes, serve on juries, get their kids vaccinated, get driver’s licenses, and sometimes go to war for their country. So why not ask—or require—every American to vote?

In 100% Democracy, E.J. Dionne and Miles Rapoport argue that universal participation in our elections should be a cornerstone of our system. It would be the surest way to protect against voter suppression and the active disenfranchisement of a large share of our citizens. And it would create a system true to the Declaration of Independence’s aspirations by calling for a government based on the consent of all of the governed.

It’s not as radical or utopian as it sounds: in Australia, where everyone is required to vote (Australians can vote “none of the above,” but they have to show up), 91.9 percent of Australians voted in the last major election in 2019, versus 60.1 percent in America’s 2016 presidential race. Australia hosts voting-day parties and actively celebrates this key civic duty.

It is time for the United States to take a major leap forward and recognize voting as both a fundamental civil right and a solemn civic duty required of every eligible U.S. citizen.

“Sometimes the most complicated problems have the simplest answers, and in this inspiring, direct, and fast-paced book, Rapoport and Dionne make a slam-dunk case for universal voting.” —Zephyr Teachout, associate professor of law, Fordham University School of Law, and author of Break ’Em Up

“In this short but powerful work, Dionne and Rapoport make a thoroughly convincing argument that voting should be both a right and a duty. At a time when one party is doing all it can to restrict the franchise, there is no book more vital to the ongoing struggle to achieve the true democracy we deserve.” —Michael Kazin, professor of history, Georgetown University, and author of What It Took to Win

“In these times of crisis for democracy, it is time to think boldly about how we revitalize it. Universal civic duty voting, as E.J. Dionne and Miles Rapoport explain, would transform our system of elections.” —Tova Wang, democracy fellow, Ash Center, Harvard Kennedy School 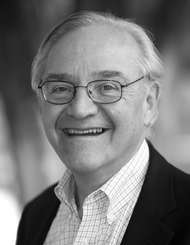 E.J. Dionne is a senior fellow at the Brookings Institution, a syndicated columnist for the Washington Post, university professor at Georgetown University, and visiting professor at Harvard University. He is the author of Code Red: How Progressives and Moderates Can Unite to Save Our Country. 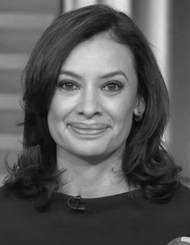 María Teresa Kumar is an American activist, social entrepreneur and an Emmy-nominated MSNBC contributor, and founding president of Voto Latino. seeking to shake up the political process. She serves on the boards of EMILY’s List and the World Economic Forum’s Global Shapers. She is a World Economic Forum Young Global Leader and a Council on Foreign Relations Life Member. Kumar is a graduate of Harvard’s Kennedy School and UC Davis. 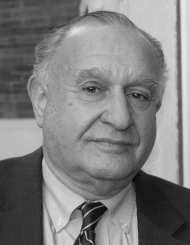 Miles Rapoport is Senior Practice Fellow in American Democracy at Harvard Kennedy School's Ash Center for Democratic Governance and Innovation. A longtime organizer, policy advocate, and elected official, Miles brings to the Ash Center four decades of experience working to strengthen democracy and democratic institutions in the United States. Prior to his appointment, he was most recently president of the independent grassroots organization Common Cause. For 13 years, he headed the public policy center Demos and previously served as Connecticut's Secretary of State.