How to Sell a Poison:
The Rise, Fall, and Toxic Return of DDT

in conversation with KERRI ARSENAULT

Harvard Book Store's virtual event series welcomes celebrated writer and historian of medicine ELENA CONIS for a discussion of her latest book, How to Sell a Poison: The Rise, Fall, and Toxic Return of DDT. She will be joined in conversation by book critic and author of Mill Town: Reckoning with What Remains, KERRI ARSENAULT.

While payment is not required, we are suggesting a $5 contribution to support this author series, our staff, and the future of Harvard Book Store—a locally owned, independently run Cambridge institution. In addition, by pre-ordering a copy of How to Sell a Poison on harvard.com, you support indie bookselling and the writing community during this difficult time.

About the How to Sell a Poison

The chemical compound DDT first earned fame during World War II by wiping out insects that caused disease and boosting Allied forces to victory. Americans granted it a hero’s homecoming, spraying it on everything from crops and livestock to cupboards and curtains. Then, in 1972, it was banned in the US. But decades after that, a cry arose to demand its return.

This is the sweeping narrative of generations of Americans who struggled to make sense of the notorious chemical’s risks and benefits. Historian Elena Conis follows DDT from postwar farms, factories, and suburban enclaves to the floors of Congress and tony social clubs, where industry barons met with Madison Avenue brain trusts to figure out how to sell the idea that a little poison in our food and bodies was nothing to worry about.

In an age of spreading misinformation on issues including pesticides, vaccines, and climate change, Conis shows that we need new ways of communicating about science—as a constantly evolving discipline, not an immutable collection of facts—before it’s too late.

Praise for How to Sell a Poison

“What Merchants of Doubt did for earlier campaigns of corporate disinformation, How to Sell a Poison does, superbly, for a toxin I thought we’d gotten rid of. Elena Conis’s fast-paced account is all the more important in an era when powerful forces are trying to discredit science.” —Adam Hochschild, author of King Leopold's Ghost

“Elena Conis is a historian who writes nonfiction like a fiction writer. In elegant prose, she reveals the often forgotten and captivating history of how ordinary people discovered the dangers of DDT—and persisted in having it banned against all odds and despite false assurances of its safety from public health officials.” —Sheldon Krimsky, author of GMOs Decoded

"Why do we still talk about DDT? In this provocative and richly detailed retelling of the DDT story, Elena Conis deftly explores why a pesticide banned since 1972 remains so politically divisive. For Conis, the answer lies in the intersection of science and politics, revealing a story rooted in the past, but framed by contemporary political and ecological debates. It is a fascinating story that will resonate with readers trying to make sense of the uncertainty of scientific knowledge in our highly politicized world.” —David Kinkela, author of DDT and the American Century 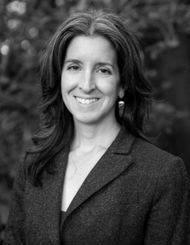 Elena Conis is a writer and historian of medicine, public health, and the environment. She teaches at the Berkeley Graduate School of Journalism and the Media Studies Program, and directs the graduate program in Public Journalism. Her current research focuses on scientific controversies, science denial, and the public understanding of science, and has been supported by the National Endowment for the Humanities, the National Institutes of Health/National Library of Medicine, and the Science History Institute. Her first book, Vaccine Nation: America’s Changing Relationship with Immunization, received the Arthur J. Viseltear Award from the American Public Health Association and was named a Choice Outstanding Academic Title and a Science Pick of the Week by the journal Nature. 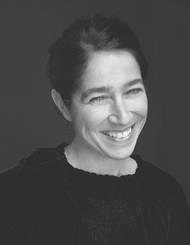 Kerri Arsenault is a book critic, contributing editor at Orion magazine, and the author of Mill Town: Reckoning with What Remains, which won the Rachel Carson Environment Book Award from the Society of Environmental Journalists and the Maine Literary Award for nonfiction. Mill Town was also a finalist for the National Book Critics Circle Leonard Prize. Her work has appeared in Freeman’s, the Boston Globe, the Paris Review, the New York Review of Books, the Washington Post, the New York Times, and others. For 2023, she will be a democracy fellow at the Charles Warren Center for Studies in American History at Harvard.