Allow Me to Retort:
A Black Guy's Guide to the Constitution

in conversation with JOAN WALSH

Harvard Book Store's virtual event series welcomes ELIE MYSTAL—eminent constitutional law scholar and justice correspondent at The Nation —for a discussion of his highly anticipated book, Allow Me to Retort: A Black Guy's Guide to the Constitution. He will be joined in conversation by fellow The Nation correspondent JOAN WALSH.

While payment is not required, we are suggesting a $5 contribution to support this author series, our staff, and the future of Harvard Book Store—a locally owned, independently run Cambridge institution. In addition, by purchasing a copy of Allow Me to Retort on harvard.com, you support indie bookselling and the writing community during this difficult time.

About Allow Me to Retort

In fact, Mystal argues, Republicans are wrong about the law almost all of the time, and now, instead of talking about this on cable news, Mystal explains why in his first book.

Allow Me to Retort is an easily digestible argument primer, offered so that people can tell the Republicans in their own lives why they are wrong. Mystal brings his trademark humor, snark, and legal expertise to topics as crucial to our politics as gerrymandering and voter suppression, and explains why legal concepts such as the right to privacy and substantive due process are constantly under attack from the very worst judges conservatives can pack onto the courts.

You don’t need to be a legal scholar to grasp how stop-and-frisk is an unconstitutional policy of racial discrimination. You just need to read Mystal’s book to understand that the Fourteenth Amendment once made the white supremacist policies adopted by the modern Republican Party illegal—and it can do so again if we let it.

Praise for Allow Me to Retort

“After reading Allow Me to Retort, I want Elie Mystal to explain everything I don’t understand—quantum astrophysics, the infield fly rule, why people think Bob Dylan is a good singer. . . .” —Michael Harriot, The Root

“Essential reading for people who think that you need to go to law school to understand our founding documents, and the perfect guidebook for Americans who want to understand how our country is supposed to work.” —Zerlina Maxwell, MSNBC analyst and author of The End of White Politics

“I loved Allow Me to Retort. It’s a powerful and important book of brightly alive ideas. Mystal deconstructs tired arguments and failed positions with his signature intelligence, humor, grace, and extraordinary wit. His big brain, bright ideas and fierce advocacy for what is right are an antidote to the poison of our current political system.” —Don Winslow, bestselling author of The Border 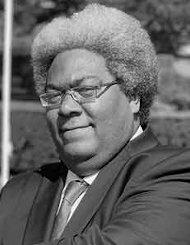 Elie Mystal is The Nation’s legal analyst and justice correspondent, an Alfred Knobler Fellow at the Type Media Center, and the legal editor of the More Perfect podcast on the Supreme Court for Radiolab. He is a graduate of Harvard College and Harvard Law School, the former executive editor of Above the Law, a former associate at Debevoise & Plimpton, and a frequent guest on MSNBC and Sirius XM. The author of Allow Me to Retort (The New Press), he lives in New York. 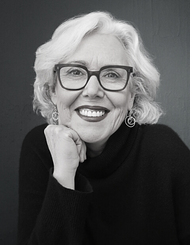 Joan Walsh is national affairs correspondent for The Nation and the co-producer of the Emmy-nominated documentary The Sit-In: Harry Belafonte Hosts the Tonight Show. She lives in New York.