Under a White Sky:
The Nature of the Future

in conversation with AMY BRADY

Harvard Book Store's virtual event series, the Harvard University Division of Science, and the Harvard Library welcome celebrated journalist ELIZABETH KOLBERT—staff writer at the New Yorker and author of the Pulitzer Prize–winning book The Sixth Extinction: An Unnatural History—for a discussion of her latest, highly anticipated book, Under a White Sky: The Nature of the Future. She will be joined in conversation by AMY BRADY, deputy publisher of Guernica magazine and co-editor of House on Fire: Dispatches from a Climate Changed World.

While payment is not required, we are suggesting a $3 contribution to support this author series, our staff, and the future of Harvard Book Store—a locally owned, independently run Cambridge institution. In addition, by purchasing a copy of Under a White Sky on harvard.com, you support indie bookselling and the writing community during this difficult time.

About Under a White Sky

That man should have dominion “over all the earth, and over every creeping thing that creepeth upon the earth” is a prophecy that has hardened into fact. So pervasive are human impacts on the planet that it’s said we live in a new geological epoch: the Anthropocene.

In Under a White Sky, Elizabeth Kolbert takes a hard look at the new world we are creating. Along the way, she meets biologists who are trying to preserve the world's rarest fish, which lives in a single tiny pool in the middle of the Mojave; engineers who are turning carbon emissions to stone in Iceland; Australian researchers who are trying to develop a "super coral" that can survive on a hotter globe; and physicists who are contemplating shooting tiny diamonds into the stratosphere to cool the earth.

One way to look at human civilization, says Kolbert, is as a ten-thousand-year exercise in defying nature. In The Sixth Extinction, she explored the ways in which our capacity for destruction has reshaped the natural world. Now she examines how the very sorts of interventions that have imperiled our planet are increasingly seen as the only hope for its salvation. By turns inspiring, terrifying, and darkly comic, Under a White Sky is an utterly original examination of the challenges we face.

“[Elizabeth Kolbert] can write with elegiac poetry about the vanishing creatures of this planet, but the real power of her book resides in the hard science and historical context she delivers here, documenting the mounting losses that human beings are leaving in their wake.” —Michiko Kakutani, the New York Times

“Unlike a lot of people who write about the environment, Kolbert doesn’t resort to hype. She just lays out the facts and wraps them in memorable anecdotes. It’s a sobering but engaging and informative read.” —Bill Gates

“Kolbert has established herself as one of our very best science writers. She has developed a distinctive and eloquent voice of conscience on issues arising from the extraordinary assault on the ecosphere. . . . The result is a clear and comprehensive history of earth’s previous mass extinctions—and the species we’ve lost—and an engaging description of the extraordinarily complex nature of life.” —Al Gore, The New York Times Book Review 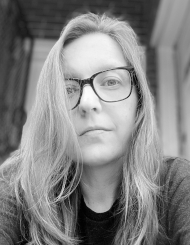 Amy Brady is the deputy publisher of Guernica magazine and co-editor of House on Fire: Dispatches from a Climate Changed World, an anthology of climate-themed essays forthcoming from Catapult. Her writing about art and the environment has appeared in O, the Oprah magazine, Slate, The New Republic, The Village Voice, World Literature Today, and several other places. A recipient of a Mellon/Library of Congress Research Fellowship, Amy holds a PhD in literature and has won awards from the National Science Foundation and the Bread Loaf Environmental Writers' Conference. 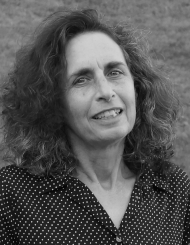 Elizabeth Kolbert is the author of Field Notes from a Catastrophe: Man, Nature, and Climate Change and The Sixth Extinction, for which she won the Pulitzer Prize. For her work at The New Yorker, where she's a staff writer, she has received two National Magazine Awards and the Blake-Dodd Prize from the American Academy of Arts and Letters. She lives in Williamstown, Massachusetts, with her husband and children.