To Raise a Boy:
Classrooms, Locker Rooms, Bedrooms, and the Hidden Struggles of American Boyhood

in conversation with SORAYA CHEMALY

Harvard Book Store's virtual event series welcomes celebrated Washington Post reporter EMMA BROWN for a discussion of her book To Raise a Boy: Classrooms, Locker Rooms, Bedrooms, and the Hidden Struggles of American Boyhood. She will be joined in conversation by SORAYA CHEMALY, executive director of The Representation Project and author of Rage Becomes Her: The Power of Women's Anger.

While payment is not required, we are suggesting a $5 contribution to support this author series, our staff, and the future of Harvard Book Store—a locally owned, independently run Cambridge institution. In addition, by purchasing a copy of To Raise a Boy on harvard.com, you support indie bookselling and the writing community during this difficult time.

About To Raise a Boy

How will I raise my son to be different? This question gripped Washington Post investigative reporter Emma Brown, who was at home nursing her six-week-old son when the #MeToo movement erupted. In search of an answer, Brown traveled around the country, through towns urban and rural, affluent and distressed. In the course of her reporting, she interviewed hundreds of people—educators, parents, coaches, researchers, men, and boys—to understand the challenges boys face and how to address them.

What Brown uncovered was shocking: 23 percent of boys believe men should use violence to get respect; 22 percent of an incoming college freshman class said they had already committed sexual violence; 58 percent of young adults said they’ve never had a conversation with their parents about respect and care in sexual relationships. Men are four times more likely than women to die by suicide. Nearly 4 million men experience sexual violence each year.

From the reporter who brought Dr. Christine Blasey Ford’s story to light, To Raise a Boy combines assiduous reporting, cutting-edge scientific research, and boys’ powerful testimonials to expose the crisis in young men’s emotional and physical health. Emma Brown connects the dots between educators, researchers, policy makers, and mental health professionals in this tour de force that upends everything we thought we knew about boys.

Johns Hopkins chair of the Department of Population, Family, and Reproductive Health Robert Blum says, “The story of boys has yet to be told, and I think it’s a really important story.” Urgent and revelatory, To Raise a Boy begins to tell that story.

Praise for To Raise a Boy

"So many of the problems of our times can be traced back to our suffocatingly narrow definition of masculinity. We don't talk about this nearly enough. And when we do, we talk about it badly. To Raise a Boy lays out the problems alongside the solutions, giving us tools we can use right now—to do better by boys and girls, men and women." —Amanda Ripley, author of the New York Times bestseller The Smartest Kids in the World 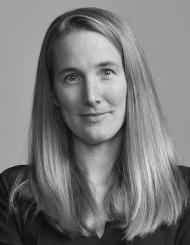 Emma Brown is an investigative reporter at The Washington Post. In her life before journalism, she worked as a wilderness ranger in Wyoming and a middle school math teacher in Alaska. She lives with her husband and two children in Washington, DC. 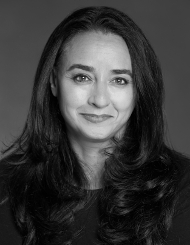 Soraya Chemaly is an award-winning writer and activist whose works focuses on the role of gender in culture, politics, religion, and media. She is the Director of the Women’s Media Center Speech Project which aims to curb online abuse, increase media and tech diversity, and expand women’s freedom of expression. After occupying various leadership positions in corporate marketing and founding her own consulting firm, she returned to her writing and advocacy work full time. Her articles appear frequently in Time, The Guardian, The Nation, HuffPost, and The Atlantic.