in conversation with MARK DOTY

Harvard Book Store's virtual event series welcomes FIONA SAMPSON—critically acclaimed author of In Search of Mary Shelley: The Girl Who Wrote Frankenstein—for a discussion of her latest biography, Two-Way Mirror: The Life of Elizabeth Barrett Browning. She will be joined in conversation by National Book Award–winning poet MARK DOTY, author of the acclaimed What Is The Grass: Walt Whitman in My Life.

While payment is not required, we are suggesting a $5 contribution to support this author series, our staff, and the future of Harvard Book Store—a locally owned, independently run Cambridge institution. In addition, by purchasing a copy of Two-Way Mirror on harvard.com, you support indie bookselling and the writing community during this difficult time.

"How do I love thee? Let me count the ways." With these words, Elizabeth Barrett Browning has come down to us as a romantic heroine, a recluse controlled by a domineering father and often overshadowed by her husband, Robert Browning. But behind the melodrama lies a thoroughly modern figure whose extraordinary life is an electrifying study in self-invention.

Born in 1806, Barrett Browning lived in an age when women could not attend a university, own property after marriage, or vote. And yet she seized control of her private income, defied chronic illness and disability, became an advocate for the revolutionary Italy to which she eloped, and changed the course of cultural history. Her late-in-life verse novel masterpiece, Aurora Leigh, reveals both the brilliance and originality of her mind, as well as the challenges of being a woman writer in the Victorian era. A feminist icon, high-profile activist for the abolition of slavery, and international literary superstar, Barrett Browning inspired writers as diverse as Emily Dickinson, George Eliot, Rudyard Kipling, Oscar Wilde, and Virginia Woolf.

Two-Way Mirror is the first biography of Barrett Browning in more than three decades. With unique access to the poet’s abundant correspondence, “astute, thoughtful, and wide-ranging guide” (Times [UK]) Fiona Sampson holds up a mirror to the woman, her art, and the art of biography itself.

“Sampson sympathizes with what it cost Barrett Browning to become a poet. More than that, she hopes to inspire a new generation of readers, so that the price will have been worth it, after all.” —John Plotz, The New York Times

“Throughout this magical and compelling book, Sampson shows us that we, too, can speak to the dead, or, at the very least, we can listen to their words . . . [Her] authorial asides are always helpful, often provocative and sometimes outright funny. Most importantly, they help Barrett Browning seem more alive, as the two poets’ voices often intertwine on the page.” —Charlotte Gordon, Washington Post

"Fiona Sampson’s vivid new biography gives us Elizabeth Barrett Browning as busy and ambitious rather than a swooning sleeping beauty . . . Sampson’s biography consciously mirrors her subject’s masterpiece, but then biography, she suggests, is itself a mirror that both reveals and distorts its subject . . . [B]eautifully told. It is high time that Elizabeth Barrett Browning and Aurora Leigh were once again household names." —Frances Wilson, Daily Mail 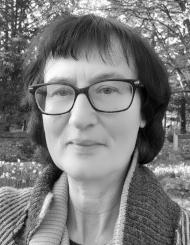 Fiona Sampson is the author of twenty-eight books of poetry and nonfiction, including the critically acclaimed In Search of Mary Shelley. Published in thirty-seven languages, she’s the recipient of numerous national and international honors, including an MBE for services to literature. A Fellow of the Royal Society of Literature, Wordsworth Trust, and English Association, she is professor emerita of the University of Roehampton and lives on the Welsh borders.

Photo Credit to the author 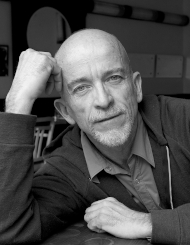 Mark Doty is the author of more than ten volumes of poetry and three memoirs, most recently What Is the Grass: Walt Whitman in My Life. His many honors include the National Book Award and a Whiting Writers’ Award. He is a Distinguished Professor at Rutgers University and lives in New York City.