in conversation with MAGGIE DOHERTY

Harvard Book Store's virtual event series welcomes HEATHER CLARK—Professor of Contemporary Poetry at the University of Huddersfield and author of The Grief of Influence: Sylvia Plath and Ted Hughes—for a discussion of her latest book, Red Comet: The Short Life and Blazing Art of Sylvia Plath. She will be joined in conversation by MAGGIE DOHERTY, author of The Equivalents: A Story of Art, Female Friendship, and Liberation in the 1960s.

While payment is not required, we are suggesting a $3 contribution to support this author series, our staff, and the future of Harvard Book Store—a locally owned, independently run Cambridge institution. In addition, by purchasing a copy of Red Comet on harvard.com, you support indie bookselling and the writing community during this difficult time.

With a wealth of never-before-accessed materials—including unpublished letters and manuscripts; court, police, and psychiatric records; and new interviews—Heather Clark brings to life the brilliant daughter of Wellesley, Massachusetts who had poetic ambition from a very young age and was an accomplished, published writer of poems and stories even before she became a star English student at Smith College in the early 1950s.

Determined not to read Plath's work as if her every act, from childhood on, was a harbinger of her tragic fate, Clark evokes a culture in transition, in the shadow of the atom bomb and the Holocaust, as she explores Plath's world: her early relationships and determination not to become a conventional woman and wife; her conflicted ties to her well-meaning, widowed mother; her troubles at the hands of an unenlightened mental-health industry; her Cambridge years and thunderclap meeting with Ted Hughes, a marriage of true minds that would change the course of poetry in English; and much more.

Clark's clear-eyed portraits of Hughes, his lover Assia Wevill, and other demonized players in the arena of Plath's suicide promotes a deeper understanding of her final days, with their outpouring of first-rate poems. Along with illuminating readings of the poems themselves, Clark's meticulous, compassionate research brings us closer than ever to the spirited woman and visionary artist who blazed a trail that still lights the way for women poets the world over.

“A major biography that redeems Plath from the condescension of easy interpretation . . . [Clark] meticulously explores Plath’s omnivorous literary interests and busy social life . . . The author’s attention to specifics serves her very well in the closing pages, as she tracks how Plath’s depression, anxiety over her literary standing, despair over her failed marriage, and fear of institutionalization speeded her death even while those same forces inspired indelible, harrowing late poems.” —Kirkus Reviews (starred review) 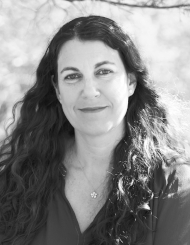 Heather Clark earned her bachelor’s degree in English Literature from Harvard University and her doctorate in English from Oxford University. Her awards include a National Endowment for the Humanities Public Scholar Fellowship and a Visiting U.S. Fellowship at the Eccles Centre for American Studies, British Library. She is the author of The Grief of Influence: Sylvia Plath and Ted Hughes and The Ulster Renaissance: Poetry in Belfast 1962-1972. Her work has appeared in publications including Harvard Review and The Times Literary Supplement, and she recently served as the scholarly consultant for the BBC documentary Sylvia Plath: Life Inside the Bell Jar. 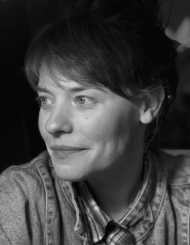 Maggie Doherty is a literary scholar, historian, and critic based at Harvard, where she earned her PhD in English and where she currently teaches writing, literature, and history. Her writing has appeared in many publications, including the New Republic, the New York Times, n+1, and the Nation. She lives in Somerville, Massachusetts.