Wild Things:
The Disorder of Desire

in conversation with RIZVANA BRADLEY

Harvard Book Store's virtual event series welcomes JACK HALBERSTAM—Professor of Gender Studies and English at Columbia University and author of The Queer Art of Failure—for a discussion of Jack's latest book, Wild Things: The Disorder of Desire. Jack will be joined in conversation by RIZVANA BRADLEY, acclaimed writer, curator, and an incoming professor of film and media at UC Berkeley.

While payment is not required, we are suggesting a $3 contribution to support this author series, our staff, and the future of Harvard Book Store—a locally owned, independently run Cambridge institution. In addition, by purchasing a copy of Wild Things on harvard.com, you support indie bookselling and the writing community during this difficult time.

In Wild Things, Jack Halberstam offers an alternative history of sexuality by tracing the ways in which wildness has been associated with queerness and queer bodies throughout the twentieth century. Halberstam theorizes the wild as an unbounded and unpredictable space that offers sources of opposition to modernity's orderly impulses. Wildness illuminates the normative taxonomies of sexuality against which radical queer practice and politics operate.

Throughout, Halberstam engages with a wide variety of texts, practices, and cultural imaginaries—from zombies, falconry, and M. NourbeSe Philip's Zong! to Maurice Sendak's Where the Wild Things Are and the career of Irish anticolonial revolutionary Roger Casement—to demonstrate how wildness provides the means to know and to be in ways that transgress Euro-American notions of the modern liberal subject. With Wild Things, Halberstam opens new possibilities for queer theory and for wild thinking more broadly.

“Where can the wild take you? With Jack Halberstam as guide, to places fabulous, cruel, soaring, undead, hilarious, dark, seductive, promising, non-Providential. Wild Things is a brilliant phenomenology of the (more than) human condition of bewilderment. Its critique of invocations of wildness tethered to colonial, racist fantasies also marks how the figure can contribute to forms of desire bent toward the feral, the incipient, the otherwise. Wild Things is an awesome trip.” —Jane Bennett, author of Influx & Efflux: Writing up with Walt Whitman

“How does one learn about wildness? Coming from a longtime scholar of sexuality, the animal, desire, and anarchy, Jack Halberstam's Wild Things fosters a generous archive, favoring bewilderment over a ritual turn back to order and knowing. Following this book constitutes a kind of epistemological travel and culminates in a habit of sensation, a disorderly campaign, and a queer method that will stay with you.” —Mel Y. Chen, author of Animacies: Biopolitics, Racial Mattering, and Queer Affect

"[A] creative, discipline-smashing study exploring the human attraction to 'the wild.' . . . Halberstam’s approach is equal parts academic and poetic, making for a dense and, at times, beautiful text. This is a work that demands attention, which it rewards with both insight and entertainment." —Publishers Weekly 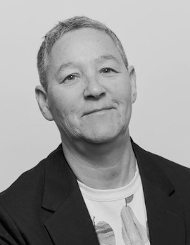 Jack Halberstam is Professor of English and Gender Studies at Columbia University and the author of several books, including The Queer Art of Failure and Female Masculinity, both also published by Duke University Press, and Trans*: A Quick and Quirky Account of Gender Variability. 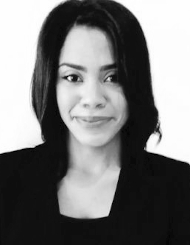 Rizvana Bradley is incoming Assistant Professor of Film and Media at UC Berkeley. Her forthcoming book project is a recipient of a Creative Capital | Andy Warhol Foundation Arts Writers Grant, and offers a critical examination of the black body across a range of experimental artistic practices that integrate film and other media. Bradley's scholarship has appeared in Women and Performance: A Journal of Feminist Theory, TDR: The Drama Review, Discourse: Journal for Theoretical Studies in Media and Culture, and many other publications. She was a Helena Rubinstein Critical Studies Fellow at the Whitney Museum of American Art in New York, and has curated a number of academic arts symposia, including events at the British Film Institute, London, the Serpentine Gallery, London, and most recently, the Stedelijk Museum of Art, Amsterdam.