A Play for the End of the World:
A Novel

in conversation with AMY GOTTLIEB

Harvard Book Store's virtual Event Series and GrubStreet welcome acclaimed writer JAI CHAKRABARTI for a discussion of his debut novel, A Play for the End of the World. He will be joined in conversation by AMY GOTTLIEB, the celebrated author of The Beautiful Possible: A Novel.

While payment is not required, we are suggesting a $5 contribution to support this author series, our staff, and the future of Harvard Book Store—a locally owned, independently run Cambridge institution. In addition, by purchasing a copy of A Play for the End of the World on harvard.com, you support indie bookselling and the writing community during this difficult time.

About A Play for the End of the World

New York City, 1972. Jaryk Smith, a survivor of the Warsaw Ghetto, and Lucy Gardner, a southerner, newly arrived in the city, are in the first bloom of love when they receive word that Jaryk's oldest friend has died under mysterious circumstances in a rural village in eastern India.

Travelling there alone to collect his friend's ashes, Jaryk soon finds himself enmeshed in the chaos of local politics and efforts to stage a play in protest against the government—the same play that he performed as a child in Warsaw as an act of resistance against the Nazis. Torn between the survivor's guilt he has carried for decades and his feelings for Lucy (who, unbeknownst to him, is pregnant with his child), Jaryk must decide how to honor both the past and the present, and how to accept a happiness he is not sure he deserves.

An unforgettable love story, a provocative exploration of the role of art in times of political upheaval, and a deeply moving reminder of the power of the past to shape the present, A Play for the End of the World is a remarkable debut from an exciting new voice in fiction.

Praise for A Play for the End of the World

“A Play for the End of the World looks deeply at the echoes and overlaps among art, resistance, love, and history. Jai Chakrabarti is a lyrical writer, and this is an impressive debut.” —Meg Wolitzer, bestselling author of The Female Persuasion

"A Play for the End of the World is an unforgettable song that honors millions of lives lost due to genocide and political oppression. Already an award-winning short story writer, Jai Chakrabarti pens with the economic intensity and the power of observation that resurrects the past and shines the light of understanding onto the present and future. I could not put this book down!” —Nguyễn Phan Quế Mai, internationally bestselling author of The Mountains Sing

“Spanning continents and generations, Jai Chakrabarti’s A Play for the End of the World is about love, art, performance, and the enduring weight of history. It’s a beautiful, engrossing novel.” —Joshua Henkin, author of The World Without You 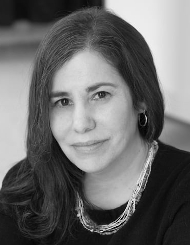 Amy Gottlieb's debut novel The Beautiful Possible was a finalist for the 2017 Harold U. Ribalow Prize, a 2016 National Jewish Book Award and Edward Lewis Wallant Award. Her fiction and poetry have been published in Other Voices, Lilith, Puerto del Sol, Ilanot Review, On Being, Zeek, Storyscape, The Bloomsbury Anthology of Contemporary Jewish American Poetry, and elsewhere. She has received a Literary Fellowship and Residency from the Bronx Council on the Arts, and an Arts Fellowship from the Drisha Institute for Jewish Education. Amy is a graduate of Clark University and the University of Chicago. She lives with her family on the edge of the Hudson River in New York City. 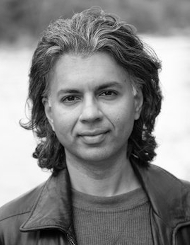 Jai Chakrabarti's short fiction has appeared in numerous journals and has been anthologized in The O. Henry Prize Stories, The Best American Short Stories, and awarded a Pushcart Prize. Chakrabarti was an Emerging Writer Fellow with A Public Space and received his MFA from Brooklyn College. He was born in Kolkata, India, and now lives in Brooklyn, New York, with his family. A Play for the End of the World is his first novel.