The Truth at the Heart of the Lie:
How the Catholic Church Lost Its Soul

in conversation with MIKE REZENDES

Harvard Book Store's virtual event series welcomes JAMES CARROLL—celebrated columnist for the Boston Globe and author of the National Book Award–winning memoir An American Requiem—for a discussion of his latest book, The Truth at the Heart of the Lie: How the Catholic Church Lost Its Soul. He will be joined in conversation by Pulitzer Prize–winning journalist MIKE REZENDES.

While payment is not required, we are suggesting a $5 contribution to support this author series, our staff, and the future of Harvard Book Store—a locally owned, independently run Cambridge institution. In addition, by purchasing a copy of The Truth at the Heart of the Lie on harvard.com, you support indie bookselling and the writing community during this difficult time.

About The Truth at the Heart of the Lie

James Carroll weaves together the story of his quest to understand his personal beliefs and his relationship to the Catholic Church with the history of the Church itself. From his first awakening of faith as a boy to his gradual disillusionment as a Catholic, Carroll offers a razor-sharp examination both of himself and of how the Church became an institution that places power and dominance over people through an all-male clergy.

Carroll argues that a male-supremacist clericalism is both the root cause and the ongoing enabler of the sexual abuse crisis. The power structure of clericalism poses an existential threat to the Church and compromises the ability of even a progressive pope like Pope Francis to advance change in an institution accountable only to itself. Carroll traces this dilemma back to the Roman Empire and the Middle Ages, when Scripture, Jesus Christ, and His teachings were reinterpreted as the Church became an empire. In a deeply personal re-examination of self, Carroll grapples with his own feelings of being chosen, his experiences as a priest, and the moments of doubt that made him leave the priesthood and embark on a long personal journey toward renewal—including his tenure as an op-ed columnist at the Boston Globe writing about sexual abuse in the Church.

Ultimately, Carroll calls on the Church and all reform-minded Catholics to revive the culture from within by embracing anti-clerical, anti-misogynist resistance and staying grounded in the spirit of love that is the essential truth at the heart of Christian belief and Christian life.

Praise for The Truth at the Heart of the Lie

“James Carroll has been extending his life story and his critique of the Catholic Church in tandem for a generation. The Truth at the Heart of the Lie brings that turbulent dialogue to a moving and gripping conclusion, a repentant Catholic’s manifesto and culminating apologia pro vita sua. Prepare to race through it at one sitting—and then live with it.” —Jack Miles, Pulitzer Prize–winning author of God: A Biography

“James Carroll has written a courageous and inspiring account of his original commitment to and his subsequent disillusion with the Catholic Church. The accession of Pope Francis five years ago gave many people—of many different faiths—hope for the future. But even Francis has tragically failed to deal with the problems arising from enforced clerical celibacy that have led to the scandalous sexual abuse of women and children in a male supremacist church that flies in the face of the Gospels. Our only hope is to have the courage to imagine a future that returns to the spirit of equity, love, and compassion that not only is fundamental to the true teaching of the Catholic Church but also lies at the heart of all the great world religions.” —Karen Armstrong, New York Times bestselling author The Case for God

“James Carroll’s The Truth at the Heart of the Lie is at once a passionate love letter to the enduring beauty of the Catholic faith and a passionate indictment of the clericalism of the Catholic Church. This moving and revelatory book, written from deep personal experience, takes us to the heart of one of the great institutional and existential crises of our times.” —Stephen Greenblatt, Pulitzer Prize–winning author of The Swerve and Will in the World 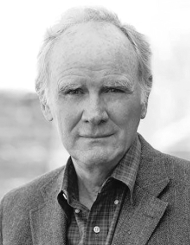 James Carroll is the author of twelve novels, and eight works of non-fiction. For twenty-three years, he wrote an oped column for The Boston Globe, and his work has appeared in The New Yorker, The Atlantic, and other publications. He has received the National Book Award, the PEN Galbraith Award, and the Scripps Howard Award. In 2021, he will publish The Truth at the Heart of the Lie: How the Catholic Church Lost its Soul. He lives in Boston with his wife, the writer Alexandra Marshall. 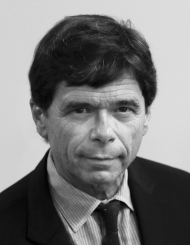 Mike Rezendes is a senior investigative reporter with the global investigations team at The Associated Press. Previously, he worked for the Boston Globe Spotlight Team where he shared a Pulitzer Prize for revealing the cover-up of sexual abuse in the Catholic Church. Mike has also been a Pulitzer Prize finalist twice, once for an investigation of the debt collection industry, and more recently for an exposé of the mental health care system in Massachusetts. In 2015, he was played by Mark Ruffalo in the Academy Award-winning movie, Spotlight.