Harvard Book Store's virtual event series, the Harvard University Division of Science, and the Harvard Library welcome JAMES RODGER FLEMING—the Charles A. Dana Professor of Science, Technology, and Society at Colby College and author of Fixing the Sky: The Checkered History of Weather and Climate Control—for a discussion of his latest book, First Woman: Joanne Simpson and the Tropical Atmosphere.

While payment is not required, we are suggesting a $3 contribution to support this author series, our staff, and the future of Harvard Book Store—a locally owned, independently run Cambridge institution. In addition, by purchasing a copy of First Woman on harvard.com, you support indie bookselling and the writing community during this difficult time.

Clouds are the spark plugs in the heat engine of the tropical atmosphere, and heat from the tropics drives the planet's general circulation. Atmospheric scientists didn't know this in the 1950s, but Joanne Simpson, the first American woman to earn a Ph.D. in meteorology, did. Most histories of meteorology focus on polar and temperate regions and the accomplishments of male scientists. They marginalize or erase completely the contributions of female researchers. Joanne's work on the tropical atmosphere did not fit this pattern.

Joanne had a lifelong passion for clouds and severe storms. She flew into and above them, photographed them, modeled them, attempted to modify them, and studied them from all angles. She held two university professorships, married three times, had two lovers (one secret), mentored a generation of meteorologists, and blazed a trail for other women to follow.

This book is about Joanne's personal and professional life, her career prospects as a woman in science, and her relationship to the tropical atmosphere. These multifaceted and interacting textual streams constitute a braided narrative and form a complex dynamic system that displays surprising emergent properties. Is Joanne Simpson best remembered as a pioneer woman scientist or the best tropical scientist of her generation? She was both, with the emphasis on best scientist.

"First Woman opened my eyes to how tortuous Joanne Simpson's career journey was and the true grit she demonstrated in accomplishing her goals. She was literally the only woman in the room as she confronted personal challenges, overcame professional barriers, and rose to the very top of her field to establish the fundamental importance of tropical clouds as the drivers of the global circulation. Reading this book was a profound experience." —Dr. Louis W. Uccellini, National Oceanic and Atmospheric Administration's Assistant Administrator for Weather Services and Director of the National Weather Service

"This is an empathetic and moving look at the life of a woman, who, in spite of enormous personal challenges, became a great scientist and mentor, and a trail blazer for future female scientists. Like Joanne herself, her life story offers some valuable lessons for navigating a scientific career while caring for oneself and helping colleagues along the way." —Margaret A. LeMone, Senior Scientist Emerita, National Center for Atmospheric Research

"As the first American woman to receive a Ph.D. in meteorology, Joanne Simpson had to navigate turbulence in her personal life as well as in the storms she studied to become one of the most accomplished and revered atmospheric scientists of the twentieth century. In First Woman, James Fleming has masterfully woven together a rich tapestry of Simpson's life and career that tells not only her story but also that of the emerging field of tropical meteorology she helped pioneer." —Sean Potter, author of Too Near for Dreams: The Story of Cleveland Abbe, America's First Weather Forecaster 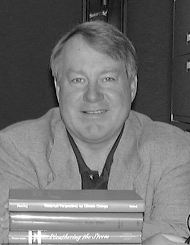 James Rodger Fleming is a leading authority on weather, climate, and human affairs. He has served as a contributing author and expert reviewer for the IPCC. He is a fellow of the American Association for the Advancement of Science and the American Meteorological Society. Awards include the Eduard Brückner Prize for interdisciplinary climate research and the Sally Hacker and Louis J. Battan book prizes. He studied astronomy and atmospheric science before earning his Ph.D. in history from Princeton University.