in conversation with JOSHUA BENNETT

Harvard Book Store's virtual event series welcomes JARVIS R. GIVENS—Assistant Professor at the Harvard Graduate School of Education—for a discussion of his book Fugitive Pedagogy: Carter G. Woodson and the Art of Black Teaching. He will be joined in conversation by JOSHUA BENNETT, the Mellon Assistant Professor of English and Creative Writing at Dartmouth College and author of Being Property Once Myself.

While payment is not required, we are suggesting a $5 contribution to support this author series, our staff, and the future of Harvard Book Store—a locally owned, independently run Cambridge institution. In addition, by purchasing a copy of Fugitive Pedagogy on harvard.com, you support indie bookselling and the writing community during this difficult time.

Black education was a subversive act from its inception. African Americans pursued education through clandestine means, often in defiance of law and custom, even under threat of violence. They developed what Jarvis Givens calls a tradition of “fugitive pedagogy”—a theory and practice of Black education in America. The enslaved learned to read in spite of widespread prohibitions; newly emancipated people braved the dangers of integrating all-White schools and the hardships of building Black schools. Teachers developed covert instructional strategies, creative responses to the persistence of White opposition. From slavery through the Jim Crow era, Black people passed down this educational heritage.

There is perhaps no better exemplar of this heritage than Carter G. Woodson—groundbreaking historian, founder of Black History Month, and legendary educator under Jim Crow. Givens shows that Woodson succeeded because of the world of Black teachers to which he belonged: Woodson’s first teachers were his formerly enslaved uncles; he himself taught for nearly thirty years; and he spent his life partnering with educators to transform the lives of Black students. Fugitive Pedagogy chronicles Woodson’s efforts to fight against the “mis-education of the Negro” by helping teachers and students to see themselves and their mission as set apart from an anti-Black world. Teachers, students, families, and communities worked together, using Woodson’s materials and methods as they fought for power in schools and continued the work of fugitive pedagogy. Forged in slavery, embodied by Woodson, this tradition of escape remains essential for teachers and students today.

“Eloquently written, brilliantly argued, and rigorously researched, Fugitive Pedagogy creatively explores the fascinating educational experiences, work, and philosophy of Carter G. Woodson, ‘The Father of Black History,’ as well as the worldviews and contributions of a group of under-acknowledged African American teachers during the era of Jim Crow segregation. Givens’ portrayal of the ‘art of teaching in the Black experience’ is refreshing and trailblazing. This wide-reaching book is a major contribution to the scholarship on the history of the early Black history movement.” —Pero G. Dagbovie, author of Reclaiming the Black Past: The Use and Misuse of African American History in the 21st Century

“Fugitive Pedagogy is a brilliant, inspiring, and energizing book that reclaims the narratives of critique and hope that fueled the deep grammar of pedagogical struggle that unfolded in both the experiences and narratives of Black educators in the beginning of the twentieth century and beyond. Written in a discourse that is critical, poetic, and inspiring, Givens not only unearths a hidden history of educational struggle, he also offers educators a resource for rethinking the meaning and purpose of education and pedagogical struggle as tools of enlightenment, struggle, and racial justice.” —Henry A. Giroux, author of Race, Politics, and Pandemic Pedagogy: Education in a Time of Crisis

“Jarvis Givens’s Fugitive Pedagogy is a brilliant, fascinating, and groundbreaking text. Givens restores Carter G. Woodson, one of the most important educators and intellectuals of the twentieth century, to his rightful place alongside figures like W. E. B. Du Bois and Ida B. Wells. Woodson was unrivaled as a key architect of Black Studies and one of the earliest Black public intellectuals. In this transformative work, Givens rigorously examines critical pedagogy as an essential element in the Black intellectual tradition and, indeed, one situated at the very heart of Black Studies from its beginnings.” —Imani Perry, author of May We Forever Stand: A History of the Black National Anthem 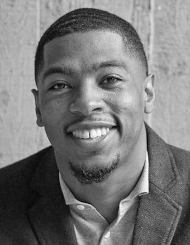 Poet, performer, and scholar Joshua Bennett is the author of two collections of poetry, Owed and The Sobbing School, as well as a book of criticism, Being Property Once Myself: Blackness and the End of Man. His first work of narrative nonfiction, Spoken Word: A Cultural History, is forthcoming from Knopf. He received his PhD in English from Princeton University, and is currently Professor of English and Creative Writing at Dartmouth College. His writing has been published in the New York Times Magazine, The Paris Review, Poetry, and elsewhere. In 2021, he was the recipient of a Guggenheim Fellowship and a Whiting Award in Poetry and Nonfiction. He lives in Boston.