Press Reset:
Ruin and Recovery in the Video Game Industry

in conversation with KIRK HAMILTON

Harvard Book Store's virtual event series welcomes journalist JASON SCHREIER—author of the acclaimed Blood, Sweat, and Pixels: The Triumphant, Turbulent Stories Behind How Video Games Are Made—for a discussion of his latest book, Press Reset: Ruin and Recovery in the Video Game Industry. He will be joined in conversation by KIRK HAMILTON, co-host and producer of the popular videogame podcast Triple Click.

While payment is not required, we are suggesting a $5 contribution to support this author series, our staff, and the future of Harvard Book Store—a locally owned, independently run Cambridge institution. In addition, by purchasing a copy of Press Reset on harvard.com, you support indie bookselling and the writing community during this difficult time.

Jason Schreier's groundbreaking reporting has earned him a place among the preeminent investigative journalists covering the world of video games. In his eagerly anticipated, deeply researched new book, Schreier trains his investigative eye on the volatility of the video game industry and the resilience of the people who work in it.

The business of videogames is both a prestige industry and an opaque one. Based on dozens of first-hand interviews that cover the development of landmark games—Bioshock Infinite, Epic Mickey, Dead Space, and more—on to the shocking closures of the studios that made them, Press Reset tells the stories of how real people are affected by game studio shutdowns, and how they recover, move on, or escape the industry entirely.

Schreier's insider interviews cover hostile takeovers, abusive bosses, corporate drama, bounced checks, and that one time the Boston Red Sox's Curt Schilling decided he was going to lead a game studio that would take out World of Warcraft. Along the way, he asks pressing questions about why, when the video game industry is more successful than ever, it's become so hard to make a stable living making video games—and whether the business of making games can change before it's too late.

“An informed, well-balanced report on the video game industry’s passions and pitfalls.” —Kirkus

“This standout book will appeal to readers of Kotaku, Polygon, and IGN, as well as viewers of NoClip’s YouTube documentaries. Beyond gamers, this well-researched account will also interest labor advocates.” —Library Journal 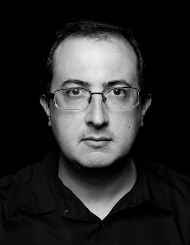 Jason Schreier is the author of Blood, Sweat, and Pixels and a reporter at Bloomberg News, where he covers the video game industry. Previously, he spent eight years at Kotaku, one of the biggest video game websites in the world. He has also covered games for Wired and has contributed to a wide range of outlets including the New York Times, Edge, Paste, Kill Screen, and The Onion News Network. He lives in New York with his wife and daughter. 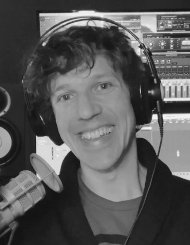 Kirk Hamilton is a musician and writer based in Portland, OR. He spent most of the 2010s as an editor for the video game website Kotaku, and has written for Paste, Acoustic Guitar Magazine, and the New York Times. He hosts the music podcast Strong Songs and is a co-host and producer of the video game podcast Triple Click.