The Book of Timothy:
The Devil, My Brother, and Me

in conversation with TIMOTHY NOCKELS and MICHELE MADIGAN SOMERVILLE

Harvard Book Store's virtual event series welcomes writer JOAN NOCKELS WILSON for a discussion of her debut memoir, The Book of Timothy: The Devil, My Brother, and Me. She will be joined in conversation by TIMOTHY NOCKELS, her brother, and acclaimed writer MICHELE MADIGAN SOMERVILLE.

While payment is not required, we are suggesting a $5 contribution to support this author series, our staff, and the future of Harvard Book Store—a locally owned, independently run Cambridge institution. In addition, by purchasing a copy of The Book of Timothy on harvard.com, you support indie bookselling and the writing community during this difficult time.

About The Book of Timothy

Set in Rome, Chicago, and Anchorage, and spanning thirty years from crime to confrontation, The Book of Timothy: The Devil, My Brother, and Me recounts in lyric movements a sister’s journey, partly through trickery, but eventually through truth, to gain a long-absent admission from the priest who abused her brother. While on that journey, Nockels Wilson, a former prosecutor, confronts not only the priest, but her personal quest for vengeance. She further seeks an understanding of how the first Book of Timothy, the work of St. Paul, contributed to the silencing of women in her once loved Catholic Church. This Book of Timothy promises to take the reader on a quest for justice and down a path of unexpected coincidences that ends where it first began: out of a great love for a brother and in the power of first memory.

Praise for The Book of Timothy

"Joan Wilson's two feet on the ground, spiritual journey towards a hard-won compassion begins as a quest for revenge and becomes something else, which I want to call grace. This is an important story for victims of abuse, first by priests then, in its failure to protect children, by the Catholic Church itself. It's an important story, and I'm grateful to Joan Wilson for telling it." —Beverly Donofrio, bestselling author of Riding in Cars With Boys: Confessions of a Bad Girl Who Makes Good

"Searching, righteous, uncompromising—this is a powerful tribute to a brother's courage, a sister's perseverance. In the end, The Book of Timothy transforms into a book of redemption." —Alison Smith, bestselling author of Name All the Animals: A Memoir

"Partly a crusade for justice, partly an exploration of Catholic theology and history, and in all ways the soul of a determined, loving, faithful sister, Joan Nockels Wilson's memoir The Book of Timothy will remain in your heart forever." —Jo-Ann Mapson, author of Hank & Chloe, Solomon's Oak, and Owen's Daughter 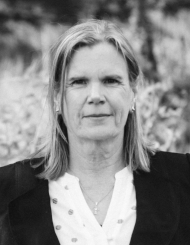 Joan Nockels Wilson is a writer and lawyer. A native of Chicago and a forever-learner, she has studied at Northwestern University, University of California Berkeley, Lewis and Clark College, and the University of Alaska. She holds a Master’s of Fine Arts in creative nonfiction, is a Rasmuson Foundation Individual Artist award winner, and is a member of the Bread Loaf community of writers. Her work has appeared in literary journals and audio shows, most recently Cirque and Arctic Entries. She lives with her husband, daughter, and a vizsla named Vivian in Anchorage, Alaska. This is her first book. 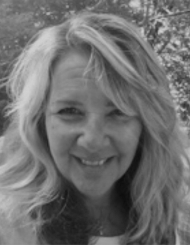 Michele Madigan Somerville is the author of three books, Glamourous Life, Black Irish, and WISEGAL. Her essays on religion have appeared in the New York Times, Harvard Divinity Bulletin and Religion Dispatches. She recently completed a Master of Theology Studies at Harvard Divinity School with concentrations in literature and theology. Somerville has been posting essays, analysis, commentary and reflection on her religion platform Indie Theology, which she founded about a decade ago. She has many years of experience working within/for the Catholic Church, has been tracking the Catholic “clergy sex abuse crisis” for several years, and is currently engaged in a close study of the McCarrick Report. 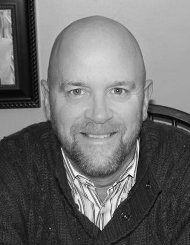 Timothy Nockels was the first of Father John Baptist Ormechea’s victims to come forward and the only one to do so publicly. Thanks to his bravery, at least seven more victims followed. Shortly after completion of an investigation of Tim’s and other victims' charges by the Cook County State’s Attorney, who deemed all allegations credible, Father Ormechea was removed from public ministry. The Book of Timothy: The Devil, My Brother, and Me is the collective product of Tim and his sister—Tim had to live it. Joan had to write it—that began with a promise to bring accountability to Ormechea, the Archdiocese of Chicago, and the Passionist religious order.